From the innovations and ethical dilemmas of synthetic biology to the options for appropriate international adaptation to climate change: Frontiers 2018/19 explores the emerging environmental issues facing the planet.

Will the cutting edge of genetic splicing techniques lead to a huge boon for human and environmental health, provided regulation can successfully control the risk of unintended ecological consequences? Will we act in time to prevent the further degradation of climate-critical permafrost peatlands and avert reaching the threshold of a potential runaway global greenhouse effect? Can we avoid the pitfalls of maladaptation to overarching climate change and move forward with wisdom to mitigate the worst effects – for all, not the few?

UN Environment experts will address these and other emerging issues with the launch of Frontiers 2018/19, its latest report on the most novel environmental challenges facing the planet. The UNEP Frontier series links new science to outcome-oriented policies in relation to the health of the environment and its sustainability. The 2018/19 edition continues the tradition of highly referenced texts accompanied by illustrative infographics and featuring the interactivity of links to videos on related research and information.

Frontiers 2018/19 will launch on 4 March 2019 prior to the fourth UN Environment Assembly in Nairobi, Kenya. The report covers five key emerging issues: the latest developments in synthetic biology; the critical advantages of landscape connectivity; the complex interactions and vulnerability of permafrost peatlands; the challenges of widespread nitrogen pollution; and the hazards of maladaptation in a world of climate change. Read on for an outline of each topic.

The ability to successfully alter organisms at the genetic level has excited scientists and the general public alike. Gene-editing techniques are advancing rapidly, bringing the promise of many biological and ecological benefits, from eradicating human diseases to preventing species extinction. CRISPR-Cas9 is the latest, quickest tool in the genetic editing tool box, allowing extraordinary precision in the manipulation of genomes.

However, this ability to create synthetic life and alter existing DNA carries with it the risk of cross contamination and unintended consequences. Hacking the code of life has such major implications that there is an urgent need for governing bodies to collaborate and cooperate in ensuring safe research and development in this field. The rise of the DIY biohacker and the risk of the accidental release of genetically modified organisms into the environment is a cause for regulatory concern. Many of the benefits and challenges of synthetic biology are explored in this fascinating chapter.

Large-scale industrialization has resulted in widespread fragmentation of previously intact landscapes around the globe. From the clearance of richly populated rainforests to the damming of mighty, arterial rivers, the knock-on effect of isolated, impacted ecosystems is detrimental to the health of flora and fauna alike, and in severe cases, threatens species extinction. Landscapes are also not limited to the terrestrial realm as ecosystem connectivity extends beyond continental shores into marine seascapes and the oceans.

Initiatives to promote landscape connectivity are offering hope in various global locations, but much more focus in planning to reconnect habitat patches or preserve existing connectivity is needed. This is vital to preserving the remaining biodiversity and to protect the interlinked ecosystems on which we all depend. National efforts require expansion to the international level, as ecosystems are not bounded by country borders. From marine reserves to wildlife corridors and beyond, this wide-ranging chapter explores the issues of, and solutions to, fragmentation in the natural world and the imperative for joined-up thinking in planning for the preservation and conservation of biodiversity and species survival.

With rising global temperatures, the Arctic is warming twice as fast as the global average and scientists are becoming increasingly alarmed at the accelerating rate of permafrost thaw. While research is ongoing, too little is currently known of the intricate relationships and dynamics between the perennially frozen ground that is permafrost and the insulating layer of dead plant remains – or peat – that covers a significant percentage of the Northernmost areas of our planet.

Permafrost thaw not only has direct impacts on the ecology and infrastructure of the peatland regions, it is also a potential ‘tipping element’ towards a runaway greenhouse effect. Preservation of these rich soil-carbon deposits is imperative to cushion the global effects of climate change and to avoid the worst effects and risks of unlocking these frozen assets, which keep carbon and other greenhouse gases sequestered underground and out of the atmosphere. Likely scenarios and the collaborative research urgently needed to ensure preservation of these crucial deposits are thoroughly explored in this chapter, from the ground up.

Nitrogen is one of the most abundant natural elements and largely benign in its unreactive forms. However, too much of a good thing can be detrimental, and excess nitrogen pollution has grave impacts on ecosystems and humans alike. In the form of nitrous oxide, it is 300 times more powerful than carbon dioxide as a greenhouse gas, in addition to the effects of various nitrogen compounds on air quality, ground and water, and the ozone layer.

A cohesive global approach to nitrogen management is needed in order to transform the nitrogen cycle into a sustainable, non-polluting, profitable circular economy. Although there has been some progress at the national level, a truly holistic approach to implementing effective nitrogen management strategies will require international cooperation. This highly informative chapter explores the detail and chemistry of the nitrogen pollution issue and potential routes to fixing it. If successful, the transition to a circular economy for nitrogen could be a trailblazer in wise scientific and policy decisions towards achieving the goal of a pollution-free planet.

Maladaptation to climate change: Avoiding pitfalls on the evolvability pathway

Broadly speaking, evolution depends on successful adaptation, and maladaptation results in failure. In terms of climate change, strategies for adaptation need to address vulnerabilities and increase resilience on a global scale, and avoid short-term fixes that may only have local benefits. It is becoming clear that international cooperation and planning are needed to avoid adaptations that may appear to offer mitigation, but which actually compound the problem.

This intriguing chapter explores the distinction between true adaptation, maladaptation and sham adaptation. It delves into the crucial discussions in international fora and case studies of what constitutes maladaptation in relation to the imperative to keep the post-industrial global average temperature increase below 1.5°C. This relatively new area of focus for policymakers will exercise the human attribute of foresight in order to attain the requisite ‘evolvability’. Long-term vision in designing development and adaptation policies will be required to make the right sustainable decisions for future generations. 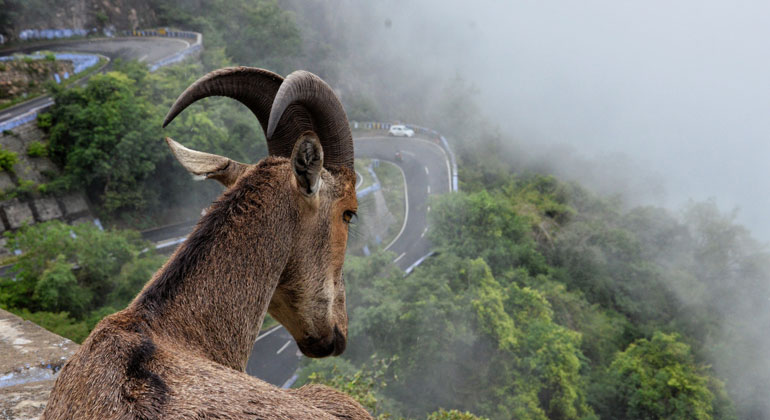