UNEP’s Adaptation Finance Gap Report: Failure to cut emissions will dramatically increase the annual costs of adaptation, which could be up to five times higher by 2050 than previously thought.

The cost of adapting to climate change in developing countries could rise to between $280 and $500 billion per year by 2050, a figure that is four to five times greater than previous estimates, according to a new United Nations Environment (UNEP) report.

Released as nations sign the landmark Paris Agreement on climate change, the report assesses the difference between the financial costs of adapting to climate change in developing countries and the amount of money actually available to meet these costs – a difference known as the “adaptation finance gap”.

The report, the second in UNEP’s series of Adaptation Gap reports, finds that total bilateral and multilateral funding for climate change adaptation in developing countries has risen substantially in the five years leading up to 2014, reaching $22.5 billion. But the report warns that, despite this increase, there will be a significant funding gap by 2050 unless new and additional finance for adaptation is made available.

“It is vital that governments understand the costs involved in adapting to climate change,” said Ibrahim Thiaw, Deputy Executive Director of the United Nations Environment Programme.

“This report serves as a powerful reminder that climate change will continue to have serious economic costs. The adaptation finance gap is large, and likely to grow substantially over the coming decades, unless significant progress is made to secure new, additional and innovative financing for adaptation.”

Previous estimates place the cost of adapting to climate change at between $70 to $100 billion annually for the period 2010-2050, a figure based on a World Bank study from 2010. The Adaptation Finance Gap Report, which is written by authors from 15 institutions and reviewed by 31 experts, builds upon these earlier estimates by reviewing national and sector studies.

Adaptation costs are likely to increase sharply over time even if the world succeeds in limiting a global rise in temperatures to below two degrees Celsius by 2100, the report warns. For higher scenarios of global warming, estimates of the adaptation costs in developing countries are higher even in early years, the report states.

The United Nations Framework Convention on Climate Change (UNFCCC) has called on developed countries to provide $100 billion annually by 2020 to help developing countries mitigate climate change, and adapt to its impacts, such as drought, rising sea levels and floods.

However, the UNEP report notes: “There is no agreement as to the type of funding that shall be mobilised to meet this goal. This hampers efforts to monitor progress toward meeting the goal.” The report further highlights the need for the proper measurement, tracking, and reporting system of adaptation investments, to help ensure that finance is used efficiently and targeted where it is most needed.

The report states that, while dedicated climate funds are breaking down the barriers to investing in adaptation projects in developing countries, contributions to these funds are low when compared to the contributions made to funds that mitigate climate change.

The Green Climate Fund, which was set up by the UNFCCC, with its stated goal of splitting funding equally between mitigation and adaptation efforts, is expected to play a significant role in efforts to fund adaptation, the report states.

Adaptation costs are already two to three times higher than current international public funding for adaptation, states the report, which was launched today at Adaptation Futures – the biennial conference of the Global Programme of Research on Climate Change Vulnerability, Impacts and Adaptation.

Closing this gap will be vital if the world is to address future adaptation needs, especially those of developing countries.

The Paris Agreement on climate change, which 195 countries negotiated in December, includes several key provisions designed to advance adaptation. Three are particularly momentous: the adoption of a global goal on adaptation, the commitment to increase developed country funding to developing countries and the requirement that all parties draw up and regularly update adaptation plans and strategies.

In an unprecedented move, the Paris Agreement also calls for a balance between adaptation and mitigation finance and support in a bid to meet longstanding demand for adaptation finance from developing countries. 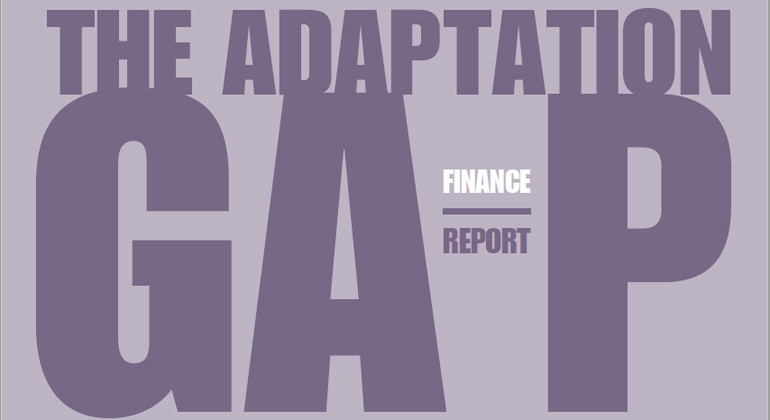