44% was recycled or composted

This information comes from a report issued by Eurostat, the statistical office of the European Union.

Waste generated per person was highest in Denmark, Cyprus, Germany and Luxembourg

Almost two-thirds of municipal waste recycled or composted in Germany 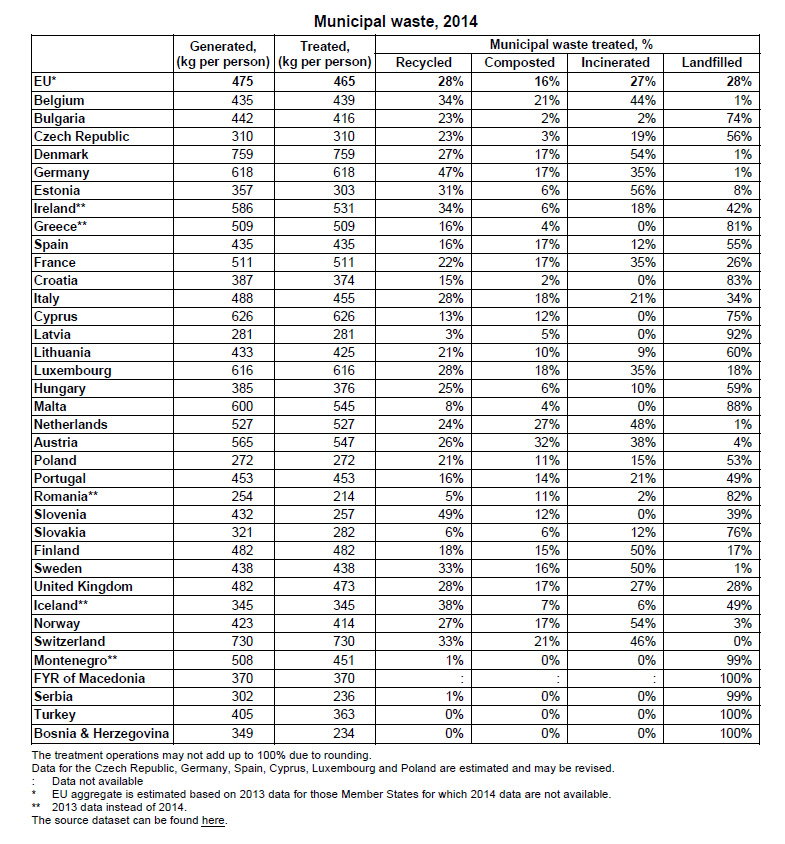