It’s a great day for oceans at both ends of the earth.

The governments from around the world agreed to protect a huge part of the Arctic Ocean against all commercial fishing. Thanks to the millions of you who supported our Save the Arctic campaign, an area roughly the size of the Mediterranean Sea will be safe from industrial fishing for at least the next 16 years.

This means we have an even stronger platform to push countries to commit to more long-term protection for this vulnerable ocean and remove the threats of destructive fishing and fossil fuels for good.

On the other side of the planet, a massive ocean sanctuary in the Antarctic’s Ross Sea comes into force today. An area of ocean twice the size of Spain is now protected from all kinds of extractive industries and can remain one of the most exceptional shallow oceans left on Earth.

This is amazing news for polar bears AND penguins – as well as all of us who depend on healthy oceans across the world.

These two victories are proof that people power works. When we work together, incredible things can happen. So if anyone tells you it’s impossible to save the Arctic or create the biggest protected area in the Antarctic, show them this blog. It always seems impossible until it’s done.

But we’re not stopping here. Back in the 1980s, millions of people persuaded their governments to ditch plans to open up the continent of Antarctica for mining and protect it forever. Now we have an opportunity to make history by creating the largest protected area on the planet, in the Antarctic ocean.

An Antarctic Ocean Sanctuary would not only be a safe haven for penguins, whales and seals, but it would keep those waters off-limits to huge industrial fishing vessels sucking up the tiny shrimp-like krill, on which all Antarctic sea life relies.

This historic day for the protection of polar oceans is a reminder that together we can succeed. So celebrate these decisions, keep going and help us restore our blue planet – all the way from the Arctic to the Antarctic! 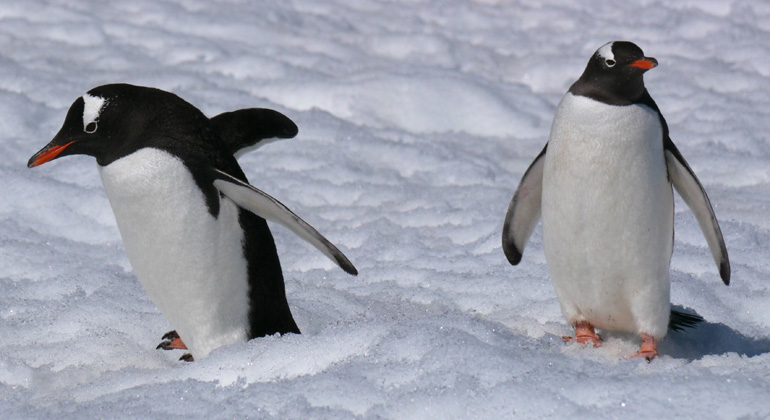