Malaysia is the new dumping site for plastic ‘recycling’ from more than 19 countries, including the US, UK and Australia, according to new research released today by Greenpeace Malaysia.

“The Recycling Myth” report has uncovered blatant regulation violations in the disposal of this waste, including dumping and open-air burning, and illegal practises contributing to environmental pollution and harmful health impacts for Malaysians.[1]

“The Malaysian plastic recycling industry is overwhelmed by the influx and cannot accommodate the waste in a way that is sustainable and acceptable by the government’s own standards. Our investigation found evidence of harmful plastic waste processing being carried out in Klang, on the western outskirts of the capital Kuala Lumpur, and Jenjarom to the south,” said Heng Kiah Chun, Public Engagement Campaigner at Greenpeace Malaysia.

Despite the Malaysian government’s crackdown on illegal sites earlier this year including including shutting down 114 of these so-called “plastic waste recycling facilities”, Greenpeace Malaysia’s investigation reveal that many of these facilities still contain huge volumes of imported plastic waste. The plastic is burned on roadsides in the open-air, dumped in unregulated or poorly regulated dump sites close to bodies of water, discarded in abandoned buildings or just left to degrade and rot in the open.

Burning plastic waste poses a significant health risk to nearby communities, with some residents already complaining of respiratory illnesses allegedly caused by the haze and pollution coming from open air burning.

“The decision of the Malaysian government to permanently ban the import of plastic waste last month is a strong step in the right direction. However, to stem the deluge of imported waste the ban needs to expand beyond solid waste that cannot be properly recycled and does not follow the Environmental Quality Act,[3] closing the door for so-called ’quality, clean plastic’ waste,” Heng added.

Ninety percent of waste is exported from high-income countries and then all too often either openly burned or dumped in low-income countries. Globally, only 9% of plastic waste is actually recycled, 12% is incinerated, and the remaining 79% ends up in landfill or the natural environment. [4]

“The problem is not only a Malaysian problem.The international waste trade system itself is broken and based on false assumptions about what really happens with waste. All countries should put in place policies to reduce the use of single-use plastics to a point where waste export,  landfill or incineration is unnecessary. Malaysia and other developing countries should not be the dumping ground for plastic waste that other countries should be dealing with themselves,” Heng concluded.

[1] The Recycling Myth report can be found here: https://www.greenpeace.org/seasia/Press-Centre/publications/THE-RECYCLING-MYTH/ 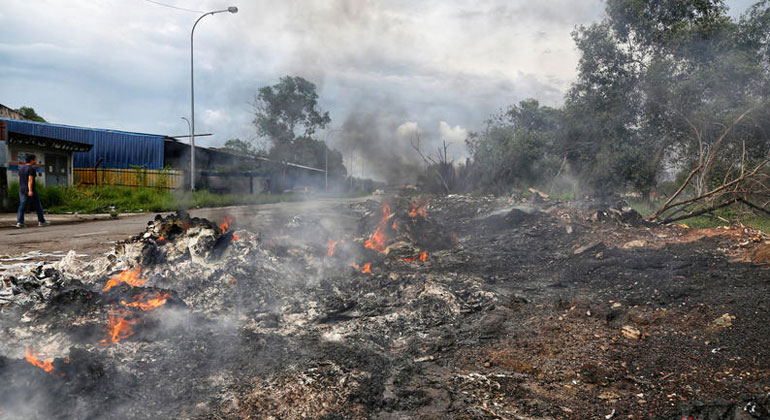