Jubilant scenes as Bertrand Piccard touches down in Abu Dhabi to complete the Solar Impulse 2’s round-the-world flight powered by the sun.

History was made today when Bertrand Piccard gently touched the nose of the Solar Impulse 2 (si2) aircraft  down on to the hot, dry runway in Abu Dhabi at 4:05 am local time, marking the end point of an epic journey that began in this same spot 17 months ago.

The Si2’s epic journey has covered 43,000km, made 16 stops, crossed both the Pacific and Atlantic Oceans and captured the world’s imagination by doing all this without a single drop of fuel. Upon emerging from the one-man cockpit, Bertrand was immediately embraced by fellow pilot and Solar Impulse co-founder Andre Borschberg, who shared flying duties during the historic journey.

Covered in 17,248 SunPower solar cells, it was the sun what won it: solar PV technology kept the plane in the skies and ensured there was enough juice in the four lithium polymer batteries to fly through the night.

The project’s emphasis has always been one of breaking down psychological barriers to what is possible with clean and renewable energy, but the technical achievements made during this journey are equally impressive, and could some day pave the way for more solar-powered aircrafts taking to the skies.

“This is not only a first in the history of aviation; it’s before all a first in the history of energy. I’m sure that in 10 years we’ll see electric airplanes transporting 50 passengers on short- to medium-haul flights. But it’s not enough. The same clean technologies used on Si2 could be implemented on the ground in our daily life to divide by two the C02 emissions in a profitable way. Si2 is only the beginning.”

Despite only flying for 23 days, the Si2 journey took longer than a year, due largely to a mixture of caution and bad luck. The initial plan was to circumnavigate the globe in around four months, but damage to the plane’s batteries as Borschberg came into land in Hawaii – following a record-breaking five-day solo flight over the Pacific – meant that the team took the decision to delay the next leg by around ten months in order for the necessary repairs to be made.

However, the aircraft still clocked up 19 world records (some pending), completed more than 500 flight hours, and made stops in Oman, India, Myanmar, China, Japan, the U.S., Spain, Italy, Egypt and the UAE.

Indeed, the chief limitations evident during the journey were mankind’s innate inability to go where the technology goes. Fatigue during long solo flights was taken incredibly seriously, with both pilots learning yoga and self-hypnosis in order to cope with the stresses and demands placed on them in the 3.8 meter cockpit. Over a typical 24-hour stretch, the pilots would allow themselves just 12 naps of 20 minutes each, with the dedicated ground crew keeping a watchful eye during lights out.

The painstaking detail that went into the route, the timing of each flight, the weight and size of the cabin and the fuselage, the technology required on board, and the trade-off between more power and less weight ensured that thousands of new patents were filed during the plane’s creation. However, it was the relatively simple fact that solar cells produce clean and infinite energy which really made it all possible.

“By flying around the world thanks to renewable energy and clean technologies, we have demonstrated that we can now make our world more energy efficient,” said Borschberg.

The total cost of the project is estimated at $100 million, with Abu Dhabi-based clean energy company Masdar the chief sponsor of the flight. Other notable names involved in the project include ABB, Solvay, Schindler, SunPower, D’assault Systemes and Omega.

Masdar’s chairman Dr. Sultan Ahmed Al Jaber called the journey an “outstanding success”, adding: “Solar Impulse has proven just how practical the application of solar energy can be. It will also provide valuable data that will lead to critical improvements in two key areas: energy storage and efficiency.”

Adnan Z. Amin, IRENA’s director-general, joined the chorus of applause, calling it a remarkable accomplishment and a clear signal that the age of renewable power is here to stay.

“Solar Impulse has raised awareness about the promise of renewables, showing that they can provide sustainable, reliable energy. It has also pushed technological boundaries forward and is a testament to the importance of innovation and international cooperation in realising a sustainable energy future. For this, Solar Impulse pilots Bertrand Piccard and André Borschberg now join the elite club of pioneering aviators.

“This impressive feat is another proofpoint that we have entered a period of sustained growth for renewable energy. Today, we are seeing renewable energy costs fall and investments soar to record levels – such that renewables are competing head-to-head with power from other energy sources. As a result, more renewables are being added to the global power generation mix than from all other sources combined.” 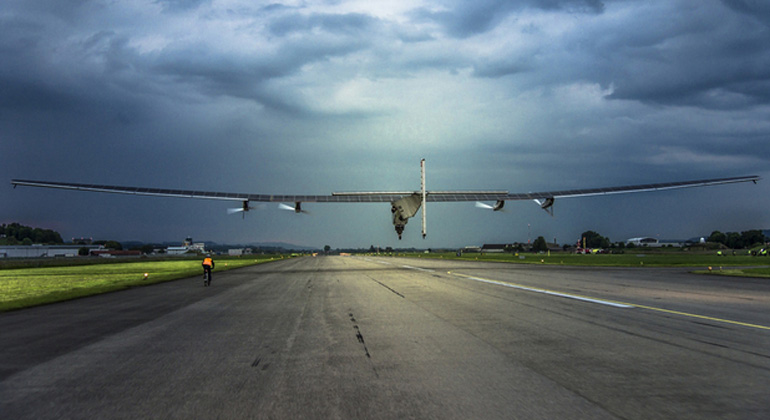 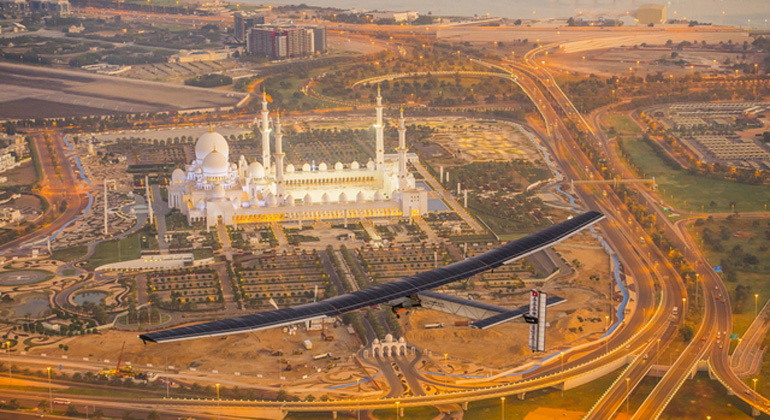