No country in the world is on track to achieve true gender equality by the 2030 target world leaders agreed under the Sustainable Development Goals.

According to analysis undertaken by Plan International to mark the annual meeting of political and business leaders in Davos, even in the world’s most gender-equal countries harmful and discriminatory gender norms will continue holding girls and women back right up to 2030 and beyond.

Across all societies, girls and boys are exposed to gender norms – attitudes and expectations about their behaviours, value and future role – from birth. While limiting for both sexes, these norms often have a particularly negative impact on girls and women.

In Germany, a third (32%) of men think it’s justifiable for a man to beat his wife or partner under certain circumstances. Even women believe this: 16% of women in Switzerland and 13% of US women.

“Countries like Germany, Switzerland and the US are in the vanguard for gender equality thanks to their excellent anti-discrimination laws and policies and high female labour-force participation.

“But focusing on these areas is not enough. Even in these countries, girls and women continue to be held back by damaging gender norms.

“They suffer frighteningly high levels of sexual violence, bear the brunt of the domestic work and lag behind boys and men in digital literacy.

“No country will come even close to true gender equality unless they broaden their focus beyond laws, policies and equal access to services and employment to also tackle harmful gender norms.”

Oppressive gender norms prevalent in the world’s most gender-equal countries include:

If gender norms are often poor in the countries with the best records for gender equality globally, they are typically far worse in the 56 developing countries where Plan International works.

In 2015, world leaders agreed the Sustainable Development Goals, including Goal 5: to “achieve gender equality and empower all women and girls” by 2030.

But last year, the gender gap actually widened for the first time since records began, with the estimated time to close the gap rising from 83 years to 100 years.

To close the gender gap sooner, Plan International is calling on the business leaders attending Davos to:

Ms Albrectsen said: “The private sector has a vital role to play in tackling harmful gender norms. It is only when they work together with civil society, governments and the media to address gender norms that truly transformative change will occur.”

Our latest report, The Missing Target,  looks beyond laws and policies, to address the root causes of gender equality across three key sectors. The digital economy, food security and agriculture, education and work. Progress in these sectors is vital to the achievement of the Global Goals by 2030. 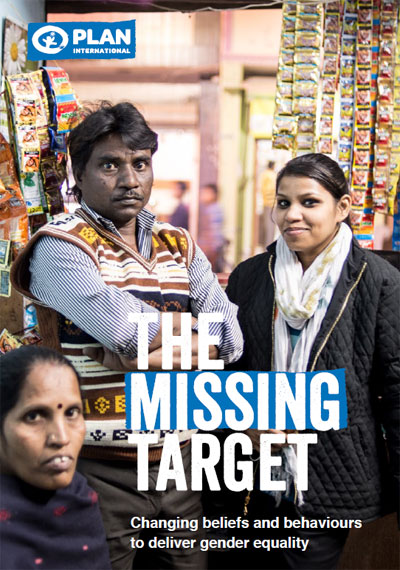