Leading scientists have called on both major political parties not to ‘unintentionally kill’ solar cell research in Australia by cutting off grant funding from the Australian Renewable Energy Agency.​

Scientists have called on both major political parties not to ‘unintentionally kill’ solar cell research in Australia by cutting off grant funding from the Australian Renewable Energy Agency (ARENA).

Australia’s two top solar cell researchers said plans by the Turnbull Government to revoke ARENA’s ability to issue research grants  – and return $1.3 billion of its unspent funds to consolidated revenue – will stall promising advances being made in Australia that can deliver major gains in efficiency and economic benefits to the country.

Meanwhile, the Labor Opposition has not committed to retain ARENA’s grant funding, promising only to reserve $305 million of the unspent funds for large solar thermal demonstration projects.

“I don’t think this is a deliberate attempt to wipe out research into photovoltaics in this country – it’s more a case that the implications have slipped below the radar – but that’s what could happen,” said Martin Green, a pioneer of solar cells who has led the field for much of his 40 years at the University of New South Wales.

“Continuity in funding is essential in solar cell research, so if you lose your funding for even a year or so, a lot of your expertise disappears as teams are disbanded,” said Green, who is Director of UNSW’s Australian Centre for Advanced Photovoltaics (ACAP). “Our researchers would find employment overseas very easily, and we’d lose that expertise.”

Andrew Blakers from the Australian National University (ANU) said that photovoltaics and wind energy combined accounts for all new generation capacity being installed each year in Australia, and 50% worldwide, and is doubling every four years. “Australia has a tremendous track record of leadership in photovoltaics. Severe curtailment of ARENA grants will cause loss of that leadership, loss of commercial opportunities, loss of hundreds of jobs, and severe downscaling of PhD and undergraduate student opportunities,” he said.

UNSW and ANU are global leaders in solar cell research, which have brought well over $8 billion in economic benefits to Australia in the past decade,according to a recent report produced by Green. Gains in efficiency alone, made possible by PERC cells, are forecast to save $750 million in Australia’s electricity generation over the next 10 years.

PERC cells were invented at UNSW by Blakers, Green and others and are now becoming the commercial standard globally, with sales of US$9 billion a year. But advances in photovoltaics continue, promising to deliver better efficiencies and ever cheaper cells.

Just in the past month, UNSW researchers made world headlines when they announced notable advances in solar cell research, establishing a newefficiency record of 34.5% for an unfocussed prism mini-module, and the development of a new flexible solar cell for zero-energy buildings that is non-toxic and cheap to manufacture. At ANU, work on advanced materials and high efficiency tandem cell designs are showing great promise in further decreasing the costs of solar energy.

I don’t think this is a deliberate attempt to wipe out research into photovoltaics in this country – it’s more a case that the implications have slipped below the radar.

“Things are moving faster in solar cell efficiency than most experts expected, and that’s good news for solar energy,” said Green, who is currently in Shanghai to present UNSW’s recent results at the International Photovoltaic Power Generation Conference. “Extracting more energy from every beam of sunlight is critical to reducing the cost of electricity generated by solar cells, as it lowers the investment needed, delivering payback faster.”

ARENA is the major funder for Australia’s solar researcher labs, which face anexistential threat if research grants end. Scores of early-career researchers stand to lose their jobs next year, leaving many PhD students in limbo and severely curtailing training and expertise in the renewable sector.

Grant funding may be stripped from ARENA at a time when even the world’s largest oil companies are sinking billions into electric battery storage systems and wind farms, and when a record US$286 billion was invested in renewablesin the past year alone (or US$2.3 trillion over the past 12 years). Investments in renewables in 2015 surpassed the US$130 billion spent on fossil fuels.

“It is important to continue and accelerate research and development spending to support the renewable energy revolution now under way,” said Blakers. “Photovoltaics and wind energy are fundamentally reshaping the way economies of the world are powered, so it’s a critical time for Australia to stay in the game if it is to reap further benefits from its leading position in research and education.”

Mark Hoffman, UNSW’s Dean of Engineering, agreed, noting that UNSW had led the world in the efficiency of sunlight-to-electricity conversion for 30 of the past 32 years. “We need to capitalise on this global pole position and maintain investment in research to bring the benefits back to local industry, especially when investment is pouring into the sector and Australia can only gain from its clear technological leadership.”

Since its establishment in 2012, ARENA has furnished $1 billion to 250 renewable energy commercialisation projects, including 155 megawatt solar farms in Broken Hill and Nyngan, and the world-first grid connected wave power array in Perth. But it has also kickstarted a wave of research that has accelerated renewable technology in Australia.

Last month, 62 senior energy researchers wrote an open letter to Prime Minister Malcolm Turbull calling on his government to reverse its decision to end the grant funding by ARENA: “Grant-supported renewable energy R&D and education is a crucial part of climate change mitigation, and will be seriously downgraded by this new policy,” it stated. Recently, 130 more researchers and 61 undergraduate students wrote to Environment Minister Greg Hunt, making the same call. 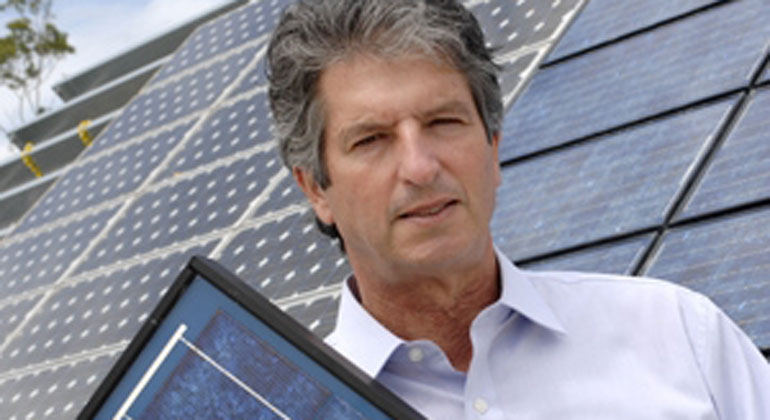