The following statement, coordinated by the International Physicians for the Prevention of Nuclear War (winner of the 1985 Nobel Peace Prize), calls on the First Committee of the UN General Assembly to adopt draft resolution L.41 mandating negotiations on a treaty prohibiting nuclear weapons. It has been endorsed by 15 Nobel Peace Prize laureates and two laureates in other fields. Their names are listed below.

The dangers posed by nuclear weapons are utterly unacceptable, and the only sure way to prevent an unthinkable catastrophe is to eliminate them completely. There are still more than 15,000 nuclear weapons in the world today.

The indisputable evidence on the medical, environmental and humanitarian consequences of nuclear weapons and nuclear war was presented at three international state conferences in Oslo, Nayarit and Vienna, and was taken up again at the recently concluded UN open-ended working group taking forward multilateral negotiations on nuclear disarmament (OEWG).

As this evidence shows, the impact of the use of just one nuclear weapon would be catastrophic. Were just 100 nuclear weapons to be detonated over the same number of cities, the Earth’s temperature would drop by more than one degree Celsius for at least ten years, causing massive disruption of global food production and putting two billion people at risk of starvation.

If we fail to prevent nuclear war, all of our other efforts to secure peace and justice will be to no avail. We need to stigmatize, prohibit and eliminate nuclear weapons. The OEWG strongly recommended that the General Assembly mandate a negotiating conference, commencing in 2017, on a legally binding instrument to prohibit nuclear weapons. A draft resolution has now been submitted to the First Committee calling for negotiations on a treaty banning nuclear weapons to commence next year.

As Nobel Laureates, we urge the First Committee and the General Assembly to vote in favour of this resolution and to ensure that negotiations on a treaty to prohibit nuclear weapons commence in 2017. These should be brought to a timely and successful conclusion so that we can proceed rapidly toward the final elimination of this existential threat to humanity. 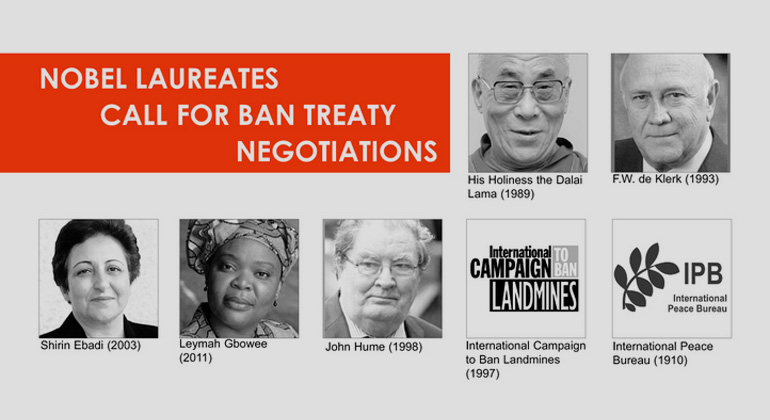 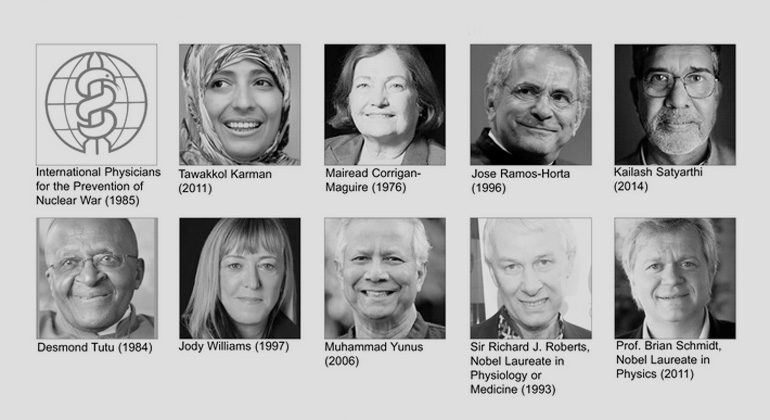