In a new study Agora Energiewende shows how the EU can achieve its climate and energy policy goals. The study recommends ten key policy priorities for the new EU Commission and European Parliament.

The countries of the European Union will need to make significant changes to their energy sectors over the coming decade in order to fulfil the EU’s climate and energy targets. By 2030 the EU aims to reduce greenhouse gas emissions by 40% (in relation to 1990), to reduce primary energy consumption by more than a quarter (in relation to 2005), and to increase the share of renewables in gross final energy consumption to nearly one-third. The transition to clean energy should take place in a socially equitable manner that safeguards private-sector innovation and industrial competitiveness while also ensuring high security of supply.

In its new study, titled “European Energy Transition 2030: The Big Picture”, Agora Energiewende investigates the concrete measures needed to achieve these goals in a socially balanced and cost-efficient way. According to the study, current targets require coal consumption to be reduced by half by 2030. Furthermore, the consumption of vehicle fuels, natural gas, and heating oil must be reduced by a quarter. The share of renewable energy in the EU energy mix will need to double by 2030 in order to replace these fossil fuels. Renewable electricity generation will need to experience a particularly robust expansion, growing from 32.3% to 57% of average annual electricity consumption over the next eleven years, despite rising electricity demand. Furthermore, investments in energy efficiency are needed to further reduce energy consumption between 2015 and 2030 by 17%.

Encouraging the initiative of member states

“To meet the EU’s 2030 climate and energy targets, all EU member states will need to usher in a clean-energy transition that is based on increased energy efficiency, the rapid expansion of renewables, and a gradual reduction in fossil fuel consumption,” says Matthias Buck, Head of European Energy Policy at Agora Energiewende. “In our Big Picture study, we identify policies that can be adopted at the EU level to support and potentially accelerate the energy transition within member states. Our recommendations aim to promote national energy transitions that are socially balanced and economically beneficial. For example, the EU should work now to create markets for the clean-energy technologies that will be needed in the years after 2030, such as electrolysers for the production of electrofuels for industry, aviation, and shipping,” says Buck.

Robust implementation of the agreed EU climate and energy targets will create the political space for the EU to increase its climate ambition in 2020, when the first review and ratcheting-up process takes place under the Paris Agreement. “This is a crucial moment for global climate diplomacy. And the question is not whether the EU should increase its 2030 climate ambitions, but how much,” says Buck. “We propose that the EU commits to a 50% reduction in greenhouse gases relative to 1990 levels, with up to 4% through international cooperation mechanisms under the Paris Agreement. This would enable the EU to enter a pathway to net-zero emissions by 2050 at the latest.”

Following extensive research and discussion with decision-makers and experts across Europe, Agora Energiewende has identified ten priority measures for the new EU Commission and European Parliament:

“The adoption of the measures recommended in the report would ensure that national energy transition efforts serve to fulfil EU goals; that Europe augments its level of ambition in a sensible manner, by focusing on areas where the catalyst of the European Internal Market is needed; and that we support industrial innovation with market incentives that encourage products and processes we know will be important after 2030,” Buck explains.

To further the goals of the Clean Energy for All Europeans package, Agora Energiewende also recommends that the EU Commission launch four Implementation Flagship Initiatives:

“Our aim in conducting this study is to discuss in very specific terms the measures the next European Parliament and European Commission should implement to advance climate protection and the clean energy transition. Our recommendations focus on issues that create real and direct European added value for citizens – including the socially balanced phase out of coal power and improved air quality for better quality of life. Furthermore, we also emphasize measures at the European level that can help member states to rapidly advance their national energy transitions. Examples of measures in this regard include the further development of state aid rules and regulatory approval frameworks for energy storage technologies that are ecologically and socially sustainable,” Buck says. 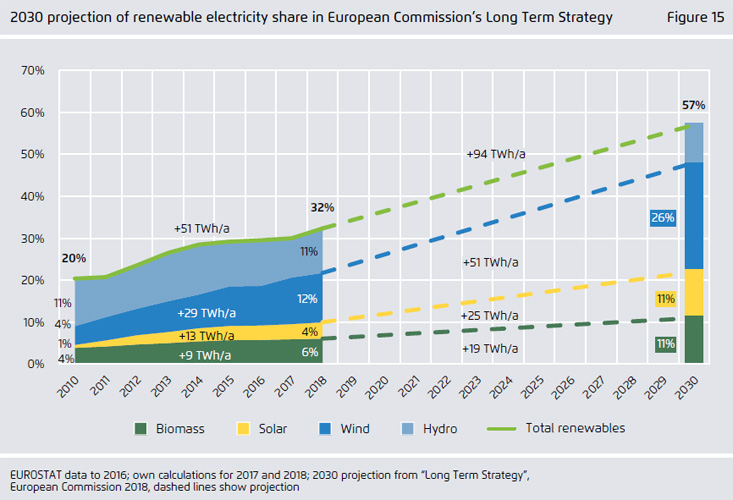