A senior WFP team recently visited impoverished neighbourhoods and spoke to families and local authorities in Hajjah governorate in northeast Yemen and the Red Sea governorate of Hodeidah. They described a very dramatic situation as people struggle daily to secure their food needs.

The team visited hospitals, nutrition and health centres and saw many cases of malnourished children arriving from remote areas.

“I borrowed money from my neighbours and family to be able to bring my son from Tuhayta district to the hospital here in Hodeidah to get treatment for malnutrition,” said Ihsan, a 26-year-old mother. “I am breastfeeding him but he is slipping away from us and losing more weight every day. I hardly have food to feed my children, let alone to eat well.”

Muhannad Hadi, WFP Regional Director for the Middle East, North Africa, Central Asia and East Europe, said the conflict in Yemen was taking a devastating toll, particularly on the most vulnerable, especially women and children. “Hunger is increasing every day and people have exhausted all their survival strategies. Millions of people cannot survive without external assistance,” he said.

Even before the latest conflict, Yemen had one of the highest rates of malnutrition in the world. In some areas like Hodeidah governorate, Global Acute Malnutrition rates among children under five as high as 31 percent have been recorded– more than double the emergency threshold of 15 percent. Almost half of the children countrywide are irreversibly stunted.

The economic impact of the conflict is a catastrophe for Yemen, the poorest country in the Middle East. Millions of public sector employees no longer receive their salaries and struggle to make ends meet. Even before the conflict escalated and imports declined dramatically, Yemen imported some 90 percent of its food needs.

“We are only surviving on bread as I have nothing else to feed my children and we are lucky if we have enough bread for everyone,” said Fatema, a 45-year-old woman living on the outskirts of Sana’a. “Food prices have gone up and my husband is no longer receiving his salary.”

Food distribution in some of areas is ongoing and WFP will also cover another 189,000 people in three other locations that were hard to reach in the last few weeks. WFP needs sustained access to the most impoverished governorates, particularly Ma’rib, Al-Jawf and Taiz.

WFP has provided food for more than three million people every month since February 2016. However, in recent months, WFP split rations to reach six million people every month with a smaller quantity of food, as needs are increasing and resources are diminishing. With this assistance, WFP has helped stabilize the situation but needs are outpacing available resources, so food insecurity levels are still high.

“An entire generation could be crippled by hunger,” said WFP Country Director in Yemen Torben Due. “We need to scale up our life-saving assistance to reach more people with timely food assistance and preventive treatment. We appeal to the international community to support the people of Yemen,” he said. “We need to provide a full ration to every family in need, but sadly we have had to reduce the size of the food basket and split assistance between impoverished families to meet growing needs,” he added.

WFP requires over US$257 million to provide vital food assistance until March 2017. It takes four months from the time WFP receives funds until food can be shipped to the country and is in the hands of the families who need it.

WFP is grateful to key donors that have contributed or pledged support to the people of Yemen– including the United States, Germany, Japan and the European Union.

Integrated Food Security Phase Classification findings from June 2016 show that 14.1 million people in Yemen are food insecure, including 7 million who are severely food insecure. In some governorates, 70 percent of the population struggle to feed themselves. 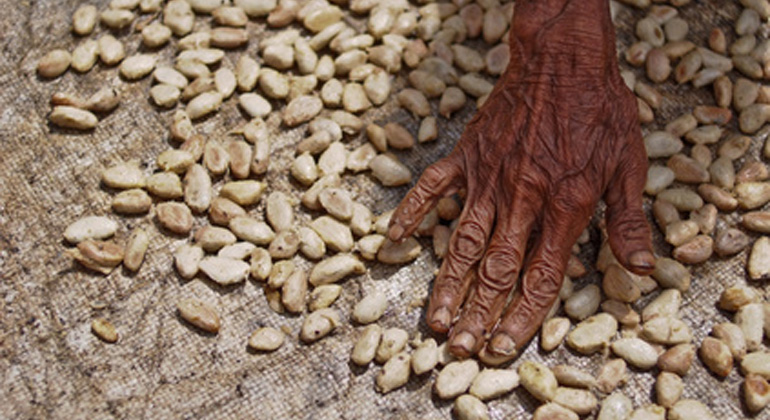