Ecological dangers of increasing land use in East Africa

The mountains of East Africa are a treasure trove of biodiversity. However, their ecosystems may be at a higher risk than previously realized. Dr. Andreas Hemp and Dr. Claudia Hemp have discovered that Mount Kilimanjaro is turning into an “ecological island”. Agriculture and housing construction have eliminated the natural vegetation that used to serve as a bridge to the surrounding area, enabling the diversity of species to develop to its current levels. Neighbouring mountain regions are presumably also being isolated from their surrounding areas. The researchers have published their study in the journal Global Change Biology.

With a height of almost 6,000 metres, Mount Kilimanjaro is the highest mountain in Africa, and it is located less than 100 kilometres from the 4,600-metre-high volcano Mount Meru in northern Tanzania. Satellite images show how the strips of land between them changed in the 25 years leading up to the turn of the century. Areas that originally had dense vegetation were forced to make room for the intensive agriculture and residential development of a growing population. Nowadays, Mount Kilimanjaro is almost completely surrounded by large areas that are characterized by the encroachment of human civilization.

Bridges of vegetation promote the diversity of species

In order to investigate the impact this rapid change is having on biodiversity, the biologists from the University of Bayreuth and the Biodiversity and Climate Research Centre Frankfurt (BiK-F) studied the environments of grasshoppers at 500 selected sites on Mount Kilimanjaro and Mount Meru. In this investigation, endemic species – species that are only native to this region of East Africa – were of particular interest. The scientists found an especially high proportion of endemic species in the forest areas at lower altitudes shared by these two mountains. This is a clear indication that grasshoppers once used the dense vegetation between the mountains as bridges to spread out in both regions.  Most notably, the flightless species relied on this land route.

Conspicuously, there are also a few endemic species that are only found in higher forest areas. According to the authors of the study, geoscientific findings suggest the answer lies in palaeo-ecological climate changes. “Several thousand years ago, it was considerably cooler and damper in the lower areas than it is today. Thus, grasshoppers that preferred these climatic conditions settled at the foot of the mountains, travelling by foot via the wooded land route. It was only later, as the temperatures rose and precipitation diminished that they made their way to higher areas. They then no longer had contact to grasshoppers in neighbouring regions,” Dr. Andreas Hemp explained.

Moreover, the study provides new insight into the question of how the East African mountain ranges were settled during past climate periods. “Our research findings corroborate the thesis that animal and plant species spread out primarily via bridges of vegetation. In contrast, other ways of spreading over long distances, for instance seed transport via wind or the “air travel” of individual insects, must have played a subordinate role. All of these prehistoric processes are still reflected in the current diversity of species we encounter in mountainous regions of East Africa, many of which are difficult to reach. The endemic species, in particular, help researchers trace the development of natural history,” Dr. Hemp continued.

If bridges of vegetation between the mountains weaken or vanish altogether, it is not just the mobility of grasshoppers that is affected. Larger animals living in the forest – e.g. antelope, small mammals, snakes, or chameleons – are at an even higher risk of becoming isolated and thus going extinct in the foreseeable future. Grasshoppers serve as an early warning system for researchers, signalling these kinds of far-reaching effects for other animal groups that are often difficult to study. “However, reliable statements about the ecological interrelationships are only possible after many years of scientifically demanding field studies,” emphasized Dr. Claudia Hemp, an animal ecologist who works at the University of Bayreuth and, more recently, also at the Senckenberg Biodiversity and Climate Research Centre (SBiK-F).

Support for the research from natural history museums

The newly published study, which was funded by the German Research Foundation (DFG), would not have been possible without the support of research institutions in Tanzania and the cooperation of the natural history museums in Nairobi, London, Tervuren (Belgium), Berlin, Madrid, Stockholm, and Vienna. This enabled the authors to compare their evolutionary and taxonomical findings from their investigations of grasshoppers in Tanzania with the museums’ insect collections. “Our study demonstrates the considerable scientific relevance of such natural history collections. The museums offer more than just fascinating insights into the diversity of species and the history of their evolution. They are also crucial for the investigation of ecological interrelationships in times of global anthropogenic changes,” said Dr. Claudia Hemp. 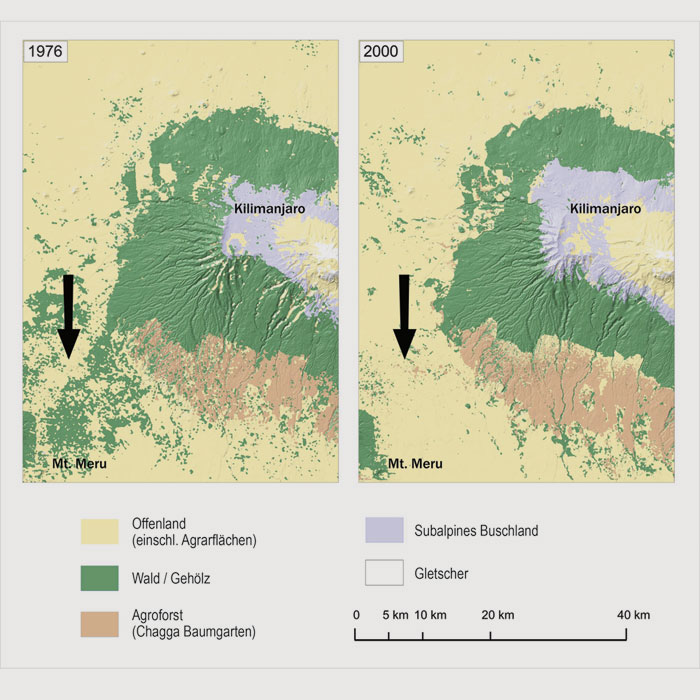 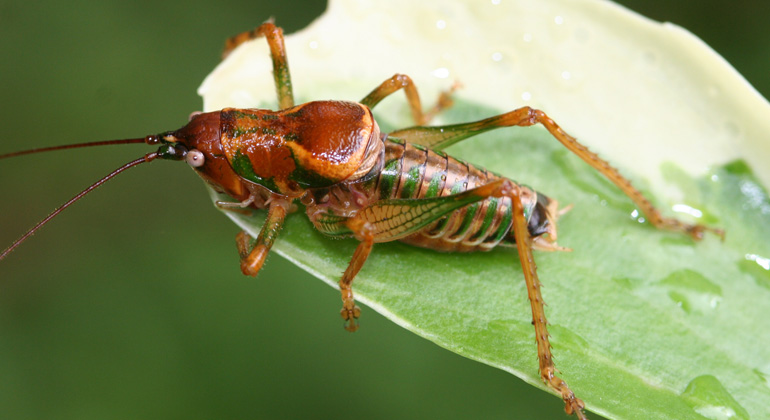