How do alpine plants react to warmer climatic conditions? Due to their longevity, the plants may survive longer than expected in their habitats, but produce offspring that are increasingly maladapted.

Population size may decrease faster than the contraction of the species range, as UZH researchers show using computer models. Scientists who wish to track the precise extinction risk of plant species must not only measure their dispersal, but also the densities of the local populations.

For alpine plant species, climate change presents a special challenge: To escape increased greenhouse warming, the species have to move to a higher-altitude habitat. Due to the pyramidal structure of mountains, however, little surface area is available for this endeavor. To estimate the extinction risk of these plants, scientists have previously resorted to static models that insufficiently mapped the dynamic responses of flora to climate change.

Now, the team of Frédéric Guillaume of the Department of Evolutionary Biology and Environmental Sciences of the University of Zurich, in cooperation with research groups from Grenoble and Vienna, has developed a new model that takes eco-evolutionary mechanisms into consideration, therefore permitting more reliable predictions. The researchers have applied their model to four alpine plant species and used supercomputers to simulate the dispersal and adaptation of these species under three possible climate scenarios up to the year 2090.

The more favorable climate scenarios that assume a warming by one degree show that the plant populations recover again if the warming slows after 2090. “If climate change continues to develop without restraint, however,” Guillaume says,” the plants will have a big problem.” A problem that may remain undetectable under superficial observation and become obvious only when examining the situation more deeply.

This problem arises because the longevity of these alpine plants favors a persistence in the habitats they currently occupy. At the same time, however, fewer and fewer young plants are gaining a foothold. According to an article recently published by the researchers, “longevity prevents a renewal of the populations.” As a result, the populations are noticeably maladapted to their changing environment – and they are starting to thin out. “The population numbers of these plants are dropping faster than the plants can adapt to the new conditions or spread to more favorable grounds,” Frédéric Guillaume says.

As a whole, the simulations performed have demonstrated that the adaptability of the plants cannot keep up with the fast climate changes. The circumstance that older individuals persist in a worsening environment, hides the fact that an extinction debt is slowly developing. The researchers have therefore concluded that not only the dispersal of the alpine plant species, but also the local population densities, must be correctly measured in order to determine this invisible extinction debt. 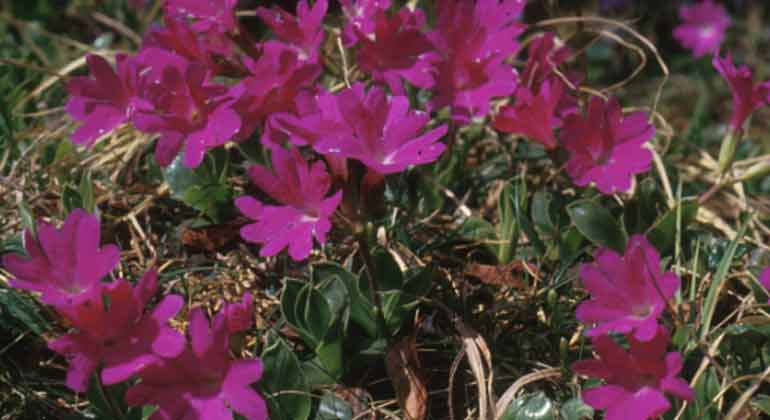