In a new study, researchers show that abrupt thaw could increase emissions by 40 percent

The permafrost regions of the Arctic, often referred to as nature’s iceboxes, contain tremendous amounts of carbon, mainly in the form of animal and vegetable matter accumulated in frozen soils over millennia. Yet microorganisms break down this matter as soon as the frozen soil begins to thaw, releasing the harmful greenhouse gases methane and carbon dioxide. An international team of researchers has now determined that rapid thaw processes have a significant influence on the amount and types of gases released but were not considered in permafrost emission estimates so far. As they report in the journal Nature Geoscience, abrupt thaw processes, which are possible in ca. five percent of all Arctic permafrost landscapes, could potentially increase total emissions by 40 percent – a factor that has yet to be considered in current climate models.

Rapid thaw processes are already changing the landscapes and ecosystems of the Arctic, in particular when ice-rich permafrost thaws and the land surface collapses. Manifestations include collapsing permafrost peatlands, thaw slumps on hillslopes and the emergence of large sinks, in which rainwater and meltwater gathers, forming ponds and lakes. In turn, the surface of these so-called thermokarst lakes absorbs far more solar energy than the surrounding area. The heat stored in the water is then transferred to the frozen soil in a particularly effective manner – both under the bottom of the lake and below its banks, causing the surrounding permafrost to quickly thaw. The banks continuously collapse resulting in rapidly growing lakes. When this happens, it presents a golden opportunity for microorganisms to break down the animal and vegetable matter formerly trapped in the permafrost, producing greenhouse gases like methane and carbon dioxide in the process.

“Rapidly thawing permafrost always represents a dramatic ecological change. In just a short span of time, permafrost landscapes where you could previously walk in hiking boots and which were dry enough for trees to grow, transform into muddy quagmires,” reports first author Prof Merritt Turetsky, Director of the Institute of Arctic and Alpine Research (INSTAAR) at the University of Colorado Boulder, USA.

Arctic permafrost soils contain an estimated 1,440 to 1,600 billion metric tons of carbon in the form of organic remains (biomass) – spread across an area measuring 18 million square kilometres. For their new study, the experts worked under the assumption that roughly a fifth of these landscapes contained sufficient subterranean ice to make them likely candidates for rapid thaw. “As we now know, this rapid thaw releases a great deal of carbon in the form of methane, a greenhouse gas 25 times as potent as carbon dioxide over a 100 year time frame. In other words, rapid thaw processes in a comparatively small area can, in the long term, produce enormous effects,” says co-author Prof. Guido Grosse, Head of the Permafrost Research Section at the Alfred Wegener Institute, Helmholtz Centre for Polar and Marine Research (AWI) in Potsdam.

For the new study, the international team of researchers conducted a range of model-based studies to compare the levels of greenhouse gas emissions now and by the year 2300 when the permafrost gradually thaws – i.e., in the course of several decades to centuries – and when the thaw processes take place in only months or years. According to Grosse: “Understanding these differences is extremely important, because our current climate models can only simulate gradual permafrost thaw. As a result, they significantly underestimate the true potential of permafrost landscapes with regard to emissions and global warming over our short policy relevant time-scales.”

As the authors report, if these abrupt thaw processes were included in climate projections, the potential warming produced by emissions from the Arctic permafrost regions would be twice as high. Accordingly, even if it might be somewhat extreme to view the greenhouse-gas emissions in permafrost regions as a ‘ticking climate bomb’, one thing is certain: they will further worsen the effects of anthropogenic climate change.

The findings presented in the new study demonstrate the urgent need to integrate permafrost, and the various mechanisms involved in its thawing, into all climate models. At the same time, as the authors stress, human beings have to intensify their climate protection efforts in order to limit global warming. “If we take action in this decade, the worst impacts of climate change can still be avoided,” says Merritt Turetsky. 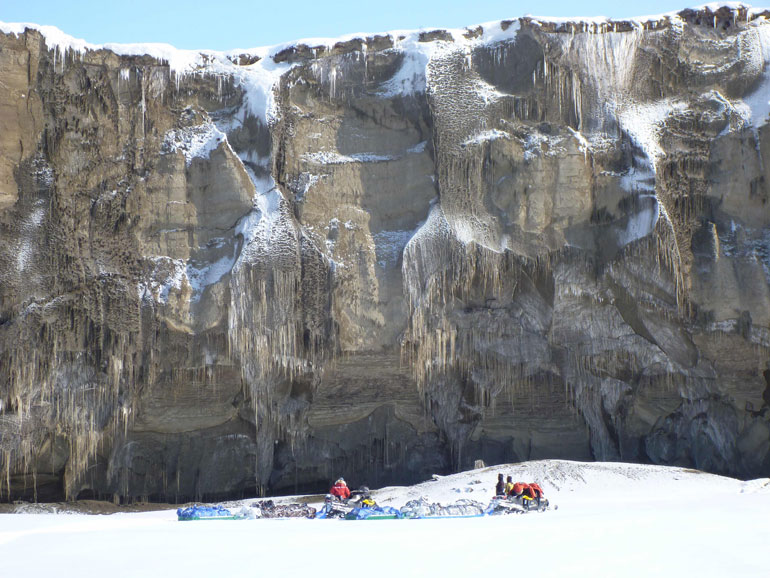 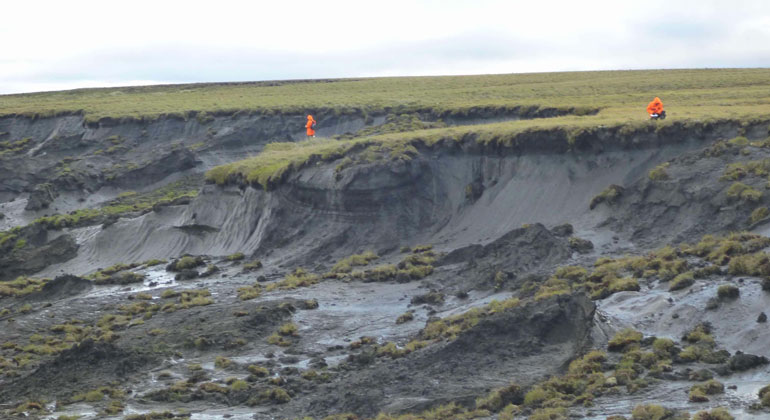