The 27th annual State of the Climate report has confirmed that 2016 topped 2015 as the warmest year in 137 years of record keeping. The report found that most indicators of climate change continued to follow trends of a warming world, and several, including land and ocean temperatures, sea level and greenhouse gas concentrations in the atmosphere broke records set just one year prior. Last year’s record heat resulted from the combined influence of long-term global warming and a strong El Nino early in the year.

This annual check-up for the planet, led by researchers from NOAA’s National Centers for Environmental Information, is based on contributions from more than 450 scientists from nearly 60 countries. It provides a detailed update on global climate indicators, notable weather events and other data collected from land, water and space. It’s published as a special supplement to the Bulletin of the American Meteorological Society.

Notable findings from the report include: 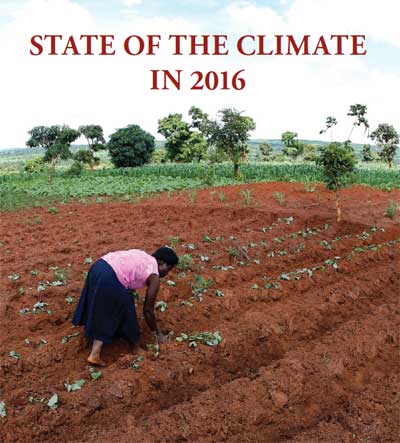 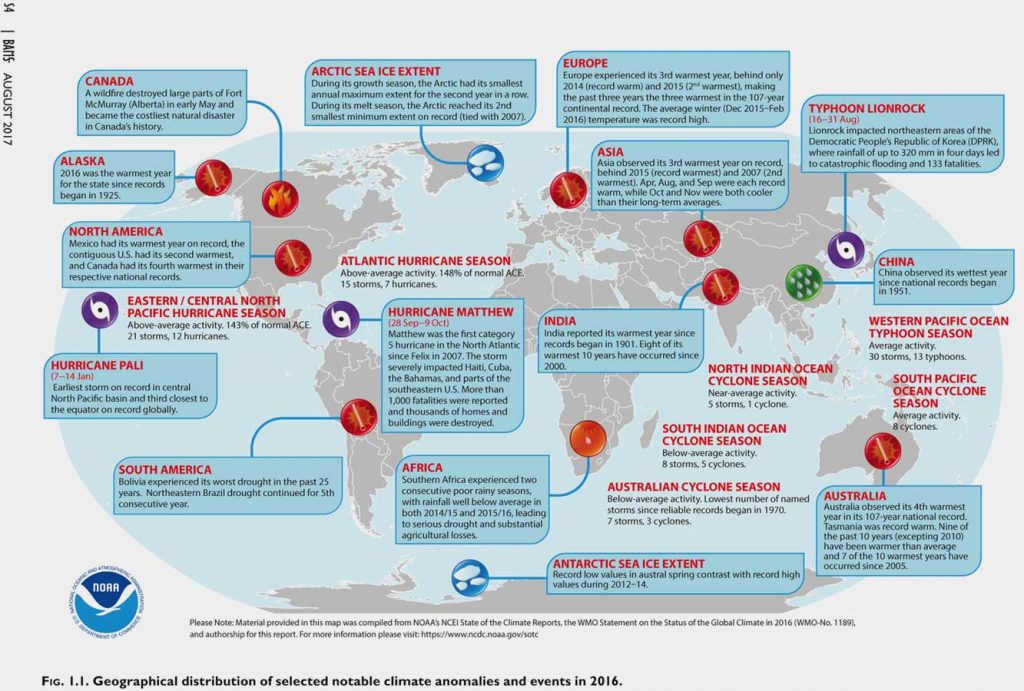