Exceeding critical temperature limits in the Southern Ocean may cause the collapse of ice sheets and a sharp rise in sea levels.

A future warming of the Southern Ocean caused by rising greenhouse gas concentrations in the atmosphere may severely disrupt the stability of the West Antarctic Ice Sheet. The result would be a rise in the global sea level by several metres. A collapse of the West Antarctic Ice Sheet may have occurred during the last interglacial period 125,000 years ago, a period when the polar surface temperature was around two degrees Celsius higher than today. This is the result of a series of model simulations which the researchers of the Alfred Wegener Institute, Helmholtz Centre for Polar and Marine Research (AWI), have published online in the journal Geophysical Research Letters.

The Antarctic and Greenland are covered by ice sheets, which together store more than two thirds of the world’s freshwater. As temperatures rise, ice masses melt; in consequence the global sea level rises and threatens the coastal regions. According to scientific findings, the Antarctic already today contributes to the annual sea level rise with 0.4 millimetres. However, the most recent world climate assessment report (IPCC 2013) pointed out that the development of the ice masses in the Antarctic is not yet sufficiently understood. Climate modellers of the Alfred Wegener Institute have therefore analysed the changes to the Antarctic Ice Sheet in the last interglacial period and applied their findings to future projections.

“Both, for the last interglacial period around 125,000 years ago and for the future our study identifies critical temperature limits in the Southern Ocean: If the ocean temperature rises by more than two degrees Celsius compared with today, the marine-based West Antarctic Ice Sheet will be irreversibly lost. This will then lead to a significant Antarctic contribution to the sea level rise of some three to five metres”, explains AWI climate scientist Johannes Sutter. This rise, however, will only occur if climate change continues as it has up to now. The researchers make these assessments based on model simulations.

“Given a business-as-usual scenario of global warming, the collapse of the West Antarctic could proceed very rapidly and the West Antarctic ice masses could completely disappear within the next 1,000 years”, says Johannes Sutter, the study’s main author, who has just completed his doctoral thesis on this topic. “The core objective of the study is to understand the dynamics of the West Antarctic during the last interglacial period and the associated rise in sea level. It has been a mystery until now how the estimated sea level rise of a total of about seven metres came about during the last interglacial period. Because other studies indicate that Greenland alone could not have done it”, Prof Gerrit Lohmann, the head of the research project, adds.

The new findings on the dynamics of the ice sheet allow conclusions to be drawn about how the ice sheet might behave in the wake of global warming. According to model calculations, the ice masses shrink in two phases. The first phase leads to a retreat of the ice shelves, ice masses that float on the ocean in the coastal area of the Antarctic stabilising the major glacier systems of the West Antarctic. If the ice shelves are lost, the ice masses and glaciers of the hinterland accelerate and the ice flow into the oceans increases. As a result, the sea level rises, the grounding line retreats, leading to a further floatation of the grounded ice masses with a progressing acceleration and retreat of the glaciers. These will achieve a stable intermediate state only once – put simply – a mountain ridge under the ice temporarily slows down the retreat of the ice masses.

If the ocean temperature continues to rise or if the grounding line of the inland ice reaches a steeply ascending subsurface, then the glaciers will continue to retreat even if the initial stable intermediate state has been reached. Ultimately, this leads to a complete collapse of the West Antarctic Ice Sheet. “Two maxima are also apparent in the reconstructions of the sea level rise in the last interglacial period. The behaviour of the West Antarctic in our newly developed model could be the mechanistic explanation for this”, says a delighted Johannes Sutter.

The climate scientists used two models in their study. A climate model that includes various Earth system components such as atmosphere, oceans and vegetation, and a dynamic ice sheet model that includes all basic components of an ice sheet (floating ice shelves, grounded inland ice on the subsurface, the movement of the grounding line). Two different simulations were used with the climate model for the last interglacial period to feed the ice sheet model with all the necessary climate information.

“One reason for the considerable uncertainties when it comes to projecting the development of the sea level is that the ice sheet does not simply rest on the continent in steady state, but rather can be subject to dramatic changes”, according to the AWI climate scientists, emphasising the challenges involved in making good estimates. “Some feedback processes, such as between the ice shelf areas and the ocean underneath, have not yet been incorporated into the climate models. We at the AWI as well as other international groups are working on this full steam.” Improving our understanding of the systematic interaction between climate and ice sheets is crucial in order to answer one of the central questions of current climate research and for future generations: How steeply and, above all, how quickly can the sea level rise in the future? 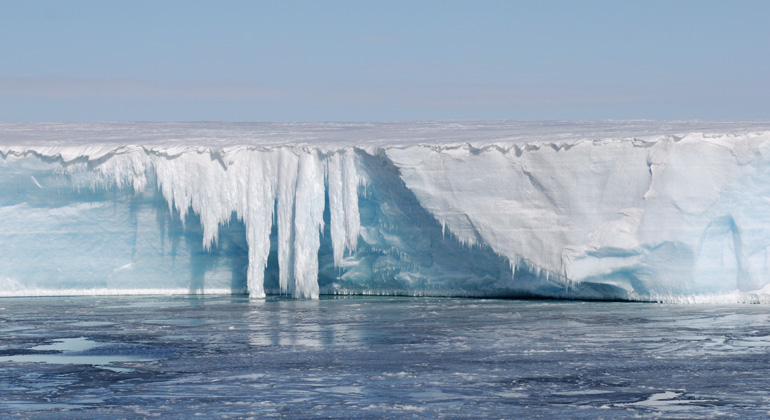 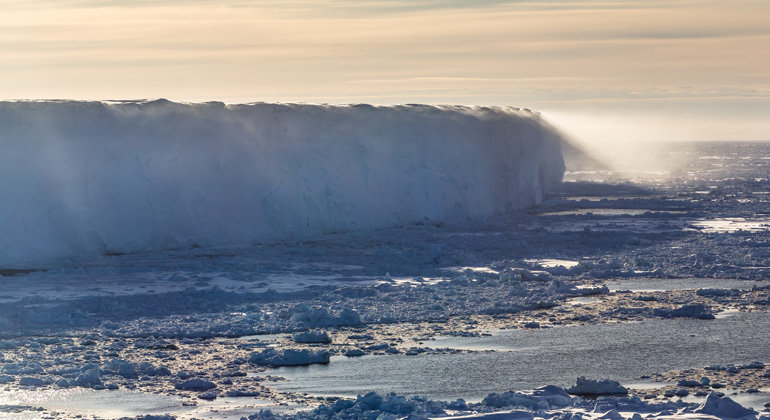