Data collected by the CryoSat-2 satellite reveal large amounts of thin ice that are unlikely to survive the summer.

Sea ice physicists from the Alfred Wegener Institute, Helmholtz Centre for Polar and Marine Research (AWI), are anticipating that the sea ice cover in the Arctic Ocean this summer may shrink to the record low of 2012. The scientists made this projection after evaluating current satellite data about the thickness of the ice cover. The data show that the arctic sea ice was already extraordinarily thin in the summer of 2015. Comparably little new ice formed during the past winter. Today Dr Marcel Nicolaus, expert on sea ice, has presented these findings at a press conference during the annual General Assembly of the European Geosciences Union in Vienna.

Predicting the summer extent of the arctic sea ice several months in advance is one of the great challenges facing contemporary polar research. The reason: until the end of the melting season the fate of the ice is ultimately determined by the wind conditions and air and water temperatures during the summer months. Foundations are laid during the preceding winter, however. This spring, they are as disheartening as they were in the negative record year of 2012. Back then, the sea ice surface of the Artic shrunk to a record low of 3.4 million square kilometres.

“In many regions of the Arctic, new ice only formed very slowly due to the particularly warm winter. If we compare the ice thickness map of the previous winter with that of 2012, we can see that the current ice conditions are similar to those of the spring of 2012 – in some places, the ice is even thinner,” Dr Marcel Nicolaus, sea ice physicist at AWI, said today at a press conference during the EGU General Assembly in Vienna.

Together with his AWI colleague Dr Stefan Hendricks, they evaluated the sea ice thickness measurements taken over the past five winters by the CyroSat-2 satellite for their sea ice projection. Seven autonomous snow buoys, which the AWI researchers had placed on floes last autumn, supplied additional important clues. In addition to the thickness of the snow cover on top of the sea ice, the buoys also measure the air temperature and air pressure. A comparison of their temperature data with the AWI long-term measurements taken on Spitsbergen has shown that the temperature in the central Arctic in February 2016 exceeded average temperatures by up to 8 °C.

Buoy data show: the sea ice did not melt during the winter, but it grew slowly

Contrary to a report published by US researchers, this warmth did not result in the thinning of the sea ice cover in some regions over the course of the winter. “According to our buoy data from the spring, the warm winter air was not sufficient to melt the layer of snow covering the sea ice, let alone the ice itself,” Marcel Nicolaus explains. During the past winter, the growth of the arctic sea ice was significantly slower than the scientists had expected.

In previously ice-rich areas such as the Beaufort Gyre off the Alaskan coast or the region south of Spitsbergen, the sea ice is considerably thinner now than it normally is during the spring. “While the landfast ice north of Alaska usually has a thickness of 1.5 metres, our US colleagues are currently reporting measurements of less than one metre. Such thin ice will not survive the summer sun for long,” Stefan Hendricks, AWI sea ice physicist, explained.

Examining the CyroSat-2 sea ice thickness map for this spring, Stefan Hendricks further explained: “The Transpolar Drift Stream, a well-known current in the Arctic Ocean, will be carrying the majority of the thick, perennial ice currently located off the northern coasts of Greenland and Canada through the Fram Strait to the North Atlantic. These thick floes will then be followed by thin ice, which melts faster in the summer. Everything suggests that the overall volume of the arctic sea ice will be decreasing considerably over the course of the coming summer. If the weather conditions turn out to be unfavourable, we might even be facing a new record low,” Stefan Hendricks said.

According to the AWI scientists, the extent of the ice loss will be great enough to undo all growth recorded over the relatively cold winters of 2013 and 2014. AWI researchers observed a considerable decrease in the thickness of the sea ice as early as the late summer of 2015, even though the overall ice covered area of the September minimum ultimately exceeded the record low of 2012 by approximately one million square kilometres. The unusually warm winter has thus contributed to the likely continuation of the dramatic decline of the Arctic sea ice throughout 2016.

The sea ice physicists of AWI regularly report on the state of the Arctic and Antarctic sea ice on the online portal, www.seaiceportal.de. All CryoSat-2 ice thickness maps and the measurement series taken by the snow buoys are also available from the portal. 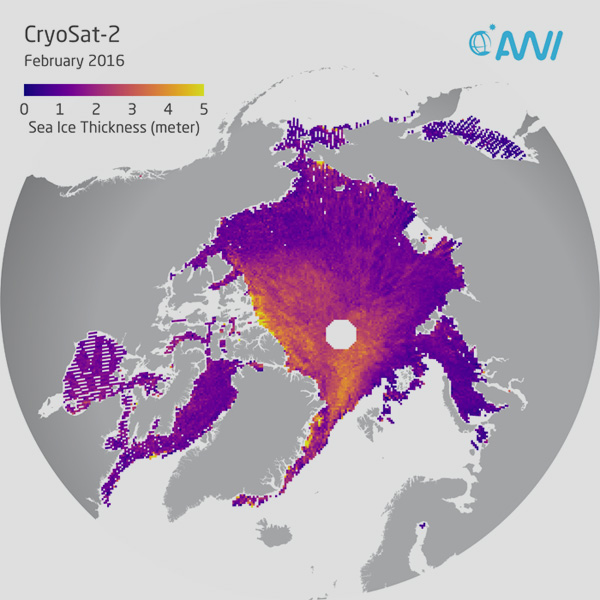 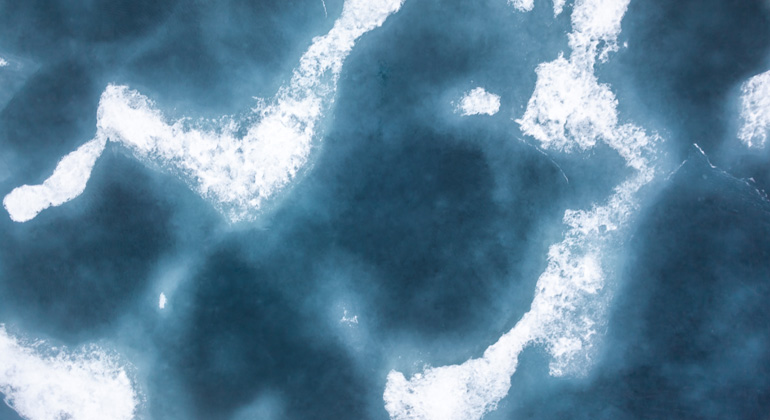 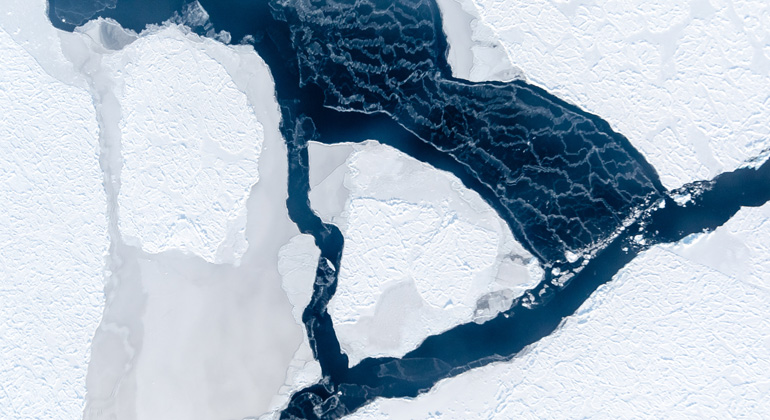