How humanity and the climate influence each other: three examples of Jülich research

The World Climate Change Conference (COP 23) – the largest international conference ever held in Germany – will take place in Bonn from 6 to 17 November. Only 56 kilometres away as the crow flies, Jülich atmosphere and agrosphere researchers are contributing to a better understanding of the multitude of interactions between human activities and the climate. Three current examples show how scientists from Forschungszentrum Jülich work while being closely involved in national and international research and measurement networks.

Just recently, atmosphere researchers from Jülich and Toulouse published the results of a unique long-term observation of the temperature at an altitude of 10–13 km. From a meteorological point of view, the air up there originates from the upper troposphere, which is shaped mainly by the weather, or from the lower stratosphere, which consists of stable layers and is very dry. As part of the international IAGOS climate research project, the temperature data were collected by commercial airliners equipped with high-quality instruments for measurements not only of the temperature but also of the chemical composition of the atmosphere. IAGOS stands for “in-service aircraft for a global observing system”, which Forschungszentrum Jülich helps to coordinate.

The commercial airliners have completed a large number of flights since 1994, particularly above the North Atlantic and Europe, but there are also eight aircraft currently conducting measurements above North America, Africa, and Asia. Since the beginning of this year, the first US American aircraft – an Airbus A330 operated by Hawaiian Airlines – has been equipped with IAGOS measuring instruments and is taking measurements above the Pacific.

The temperature data recently analysed were recorded between January 1995 and December 2012. The result: the average temperatures at altitudes of 10–13 km above the North Atlantic have not significantly changed over those 17 years. “This does not contradict climate change: it matches the analyses of current climate models. According to them, the atmosphere close to the ground will become warmer while the stratosphere will become colder – this means that the temperature of the transition layer will not change much,” says PD Dr. Andreas Petzold, head of the Jülich IAGOS team, adding that the study provides important long-term data for comparing climate models with observations.

CO2 is like a fertilizer for green plants: they grow better when the proportion of this greenhouse gas in the atmosphere is higher. However, it is not yet possible to calculate accurately to what extent they can slow down the increase in CO2 in the atmosphere. One of the reasons is an effect that works in two directions: due to global warming, organisms in the soil on which the plants grow decompose more carbon and release it in the form of CO2.

It is thus crucial to scrutinize the exchange of greenhouse gases between soils and the atmosphere. A team headed by the Jülich researcher Dr. Alexander Graf has measured the CO2 footprint of two fields in the Jülich region that were farmed in different ways: the farmer cultivated intermediate crops on one of the fields during winter. This seed mixture included mustard and oil radish. The aim of such intermediate crops is to reduce soil erosion and increase biodiversity. The other field – 13 km away from the first – remained bare in winter.

The result of Graf’s comparative measurements was that over a four-year period, the field on which intermediate crops were cultivated during two winters absorbed a total of approximately 60 % more CO2 than the other. This shows that intermediate crops improve the carbon footprint although they are ploughed under at the end of the winter before the normal crop plants are sowed. They are then available to soil organisms. “The ICOS research infrastructure – short for ‘integrated carbon observation system’ – will permit us to conduct such measurements at numerous locations in the long term. This way, we will also achieve more reliable values in which differences in soil conditions are considered,” says Graf.

Air masses in the border area between troposphere and stratosphere can travel, so to speak, across great distances – for example from the tropics in Asia to Europe. And since greenhouse gases are also transported with them, such processes are important for our understanding of the climate. During the recent WISE campaign, scientists coordinated by Forschungszentrum Jülich and Johannes-Gutenberg University of Mainz used the HALO research aircraft to find out how these gases mix.

“During the five-week campaign, we were able to complete the unusually high number of 140 flight hours. This was only possible because planning and the measuring instruments worked perfectly,” says Jülich scientist Prof. Martin Riese. According to him, the most important tool for flight planning was the Jülich computer model ClaMS, which simulates transport and mixing processes as well as chemical conversions in the atmosphere, taking the weather situation into account. This means that the research aircraft was able to target locations where CLaMS predicted a strong influence of air masses from the Asian subtropics on the quantity and composition of greenhouse gases. “Even a cursory look at the data we obtained shows that highly precise local measurements at the aircraft and the infrared spectrometer GLORIA, which collects three-dimensional tomographic information on trace gases, are a methodologically powerful and informative combination,” Riese continues.

GLORIA is an instrument operated jointly by Forschungszentrum Jülich and the Karlsruhe Institute of Technology (KIT). It is also the prototype of the main instrument for the satellite mission AtmoSat, which was evaluated as outstanding by the German Council of Science and Humanities this year. “AtmoSat will for the first time permit us to gain the urgently needed global tomographic view of small-area dynamic and chemical processes in the atmosphere. These play a decisive role for our regional climate and weather. The aircraft measurements conducted this year are an important validation of this unique concept,” concludes Riese. 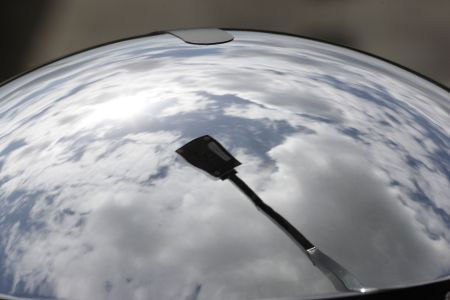 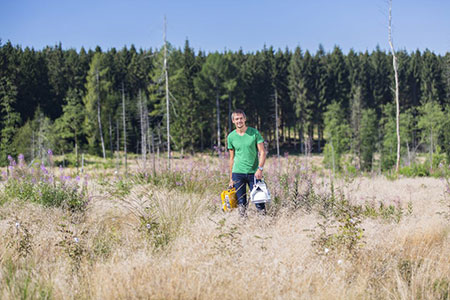