Solar waste is not as present in Nairobi as in the rural regions of Kenya yet it is here and it is here in the capital, that distributors, financiers, government and manufacturers make the decisions that have real consequences for the end user at the end-of-life.

If there is one thing to take away from this post it is that waste is everywhere, even in smart office-blocks.

When I am describing my research to people they, or I, sometimes use the term ‘end-of-life’. It is common, not just in my focus area of the off-grid solar industry, to think of waste as being something that occurs at the end, when we throw away a used product; when our phone no longer makes calls or our kettle no longer boils water. In this post I want to show that when dealing with waste we shouldn’t just be looking at the end, at the person who disposes it but at the people who financed it, designed it, sold it, even distributed it, as they are the ones defining and designing that waste in addition to generating it themselves.

This post then, a summary of my latest fieldwork stint: the last three months in Nairobi, looks at how financiers, manufacturers and regulators generate waste and determine that which is generated by the end users.

The aim of the stint was to capture what I call the ‘high-level’ perspective. That is that when I’ve been visiting users at home, retailers in their shops or mafundi in their workshops I have been conscious that all of those groups’ actions and understandings have been shaped by decisions made earlier, or higher up, the chain. For instance a user might not take a broken product to a fundi because they were told not to by the sales agent, or a retailer selling multiple brands might not remember what the warranty process is for each particular one or further still a fundi might not be able to fix a broken product because of the way it has been assembled.

The rest of this post is structured around the three groups I have been speaking to: manufacturers and distributors, banks and micro-finance institutions and government/regulatory organisations.

This is a d.light warranty card. I found it in a box of returned products sent to the Greenlight Planet offices. To me it symbolises a second key idea of this post: that just because a system is in place it does not mean it is followed. This customer got further than most as they have filled out their warranty card, but unfortunately it has ended up at the wrong company – will Greenlight, in one Nairobi neighbourhood, now deliver this card to d.light up the road? I was told not. As for what became of Teresa’s product: Is it still with her?  Is it sitting (with some sister solar waste) unidentified in a box at d.light without its warranty card?  Maybe we will never know.

Most of the manufacturers and distributors I spoke to do offer a warranty on their products. That warranty varies. It can vary in length between 1 and 2 years or in what it covers; some offer a separate warranty on the battery from the rest of the product or system. Further variance is found in how that warranty is activated; be it pen and paper as shown here, an SMS/USSD system or scanning a barcode upon purchase. When it came to actual use of these warranties though, the manufacturers and distributors I spoke to showed more consistency.

These words of one Country Director echoed that of those I spoke to at other companies. Warranties are there then, but whether they are working is another question.

The ones with the dosh

This sign is in the lobby of the building where I found Teresa’s warranty card. Somewhat ironically the warranty card (above) was in a box that had been sent from One Acre Fund (4th Floor) who finance both d.light and Greenlight Planet products. I haven’t interviewed One Acre Fund as they are not currently operating in my main field site of Bomet. Juhudi Kilimo however (2nd Floor), are, and they, like Family and Equity Banks, explicitly mentioned after-sales as a component of their ‘due diligence’ process when deciding which manufacturers to partner with.

In general, finance actors see the after-sales suite of business activities as the responsibility of the companies. However, they are playing an active role in those activities especially given the range and changing nature of sales models adopted by the manufacturers themselves; these range from those who have their own branded shops or service centres in the village, through to roaming agents, freelance agents, or even having NO in-country representative. Very often, where there is no permanent presence, the bank or MFI is better known and more accessible to the customer than the solar company. An example of this would be Mogogosiek in Bomet County where a two year partnership between the Kenya Tea Development Agency (KTDA) and Barefoot Power saw a shop set up in town as a sales and service centre. Since the project wound up in 2015 (and the shop closed) many of its beneficiaries have been approaching KTDA (the finance partner) for technical assistance with their waste products. Although financiers might regard their job as done when the payment is completed (a moment which usually coincides with the warranty period) their age, profile and presence means they are involved in these end-of-life issues too.

This is KIRDI, the Kenya Industrial Research and Development Institute. The Institute is based in the south of Nairobi on the edge of the city’s main industrial district.  I wanted to upload this picture here as I was struck whilst cycling around Nairobi conducting these interviews by two questions: one of geography and another of atmosphere.

On the geographic question I noted that all the solar companies were situated in a couple of wealthier, largely expatriate-populated areas in the west of the city, while the more peripheral regulatory groups are based in the south with the finance organisations found closer to the city centre.  Of course, this urban geography is nothing unique to Nairobi or the solar sector but what it did do was get me thinking about positioning.  Although the likes of KIRDI, or the Ministry of Energy and Petroleum or the Kenya Renewable Energy Association (KEREA) are national bodies, the way and frequency with which they referred to international actors like the Global Off-Grid Lighting Association (GOGLA) or the World Bank and International Finance Corporation (IFC) made them feel more like the Kenyan branches of a broader multinational.

This then manifests itself in terms of atmosphere at these ‘national’ bodies.  It felt like their job is to enact an agenda imposed from above; creating an enabling environment, removing barriers and opening the market.  One employee at the Energy Regulatory Commission (ERC) spoke as follows:

“also there are a number of financiers, for example World Bank, financiers, who want to venture in to that space by providing financing for the different investors, but now they, they can’t do that because they fear there are no regulations in that in that area, in fact we just had a meeting last week, where where they really wanted to know, what’s our role, in regards to the smaller smaller systems, because it’s like they are looking at providing solutions in the off-grid counties, there are 12 counties…that they have already identified, but now without regulation, them giving finances now becomes a challenge”

Where’s the waste you ask?  Well several interviewees in this group had demonstration or marketing stock sat in their office given to them by the same international (foreign) companies and organisations apparently governing the sector.

It appears that the ‘high level’ in Nairobi runs even higher than I might have first thought.  Across all three groups, the interviews and what was discussed felt much closer linked to each other and to the international context than the local setting where the rest of my fieldwork has been conducted.  After-sales seems so far to be limited to warranty.  The focus instead, is on growing this market, selling more and impacting more lives.  Not bad things, I just wonder if in prioritising product quality (brightness and capacity) over service quality the sector is running the age old risk of putting technology ahead of the people it is supposed to serve. 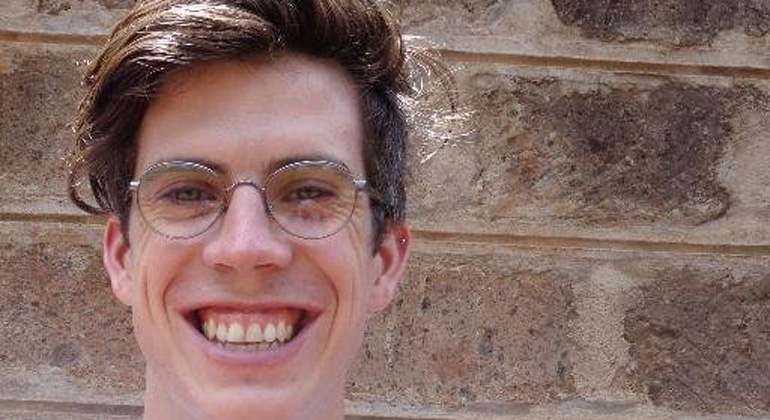