Air pollution from Europe’s largest industrial facilities cost society at least €59 billion, and possibly as much as €189 billion in 2012.

According to an assessment published today by the European Environment Agency (EEA). Half of these damage costs were caused by just 1 % of the industrial plants.

Air pollution and greenhouse gases from industry cost Europe between €59 and €189 billion in 2012, the report shows. The upper estimate is approximately equivalent to the GDP of Finland or half the GDP of Poland. Over the period 2008 – 2012 the estimated cost was at least €329 billion and possibly up to €1 053 billion.

The findings come from ‘Costs of air pollution from European industrial facilities – an updated assessment‘, which evaluates a number of harmful impacts caused by air pollution including premature death, hospital costs, lost work days, health problems, damage to buildings and reduced agricultural yields. The EEA uses a range of cost estimates as there are several existing methods currently used by policy-makers to calculate associated damage costs.

The report also names the most damaging facilities in Europe (use Chrome or Firefox) and the costs in each country. Of the 30 individual facilities identified as causing the highest damage, 26 are power-generating facilities, mainly fuelled by coal and lignite and located predominantly in Germany and Eastern Europe. The report does not assess whether a facility’s emissions are consistent with its legal requirements to operate.

Hans Bruyninckx, EEA Executive Director, said: “While we all benefit from industry and power generation, this analysis shows that the technologies used by these plants impose hidden costs on our health and the environment. Industry is also only part of the picture – it is important to recognise that other sectors, primarily transport and agriculture, also contribute to poor air quality.” 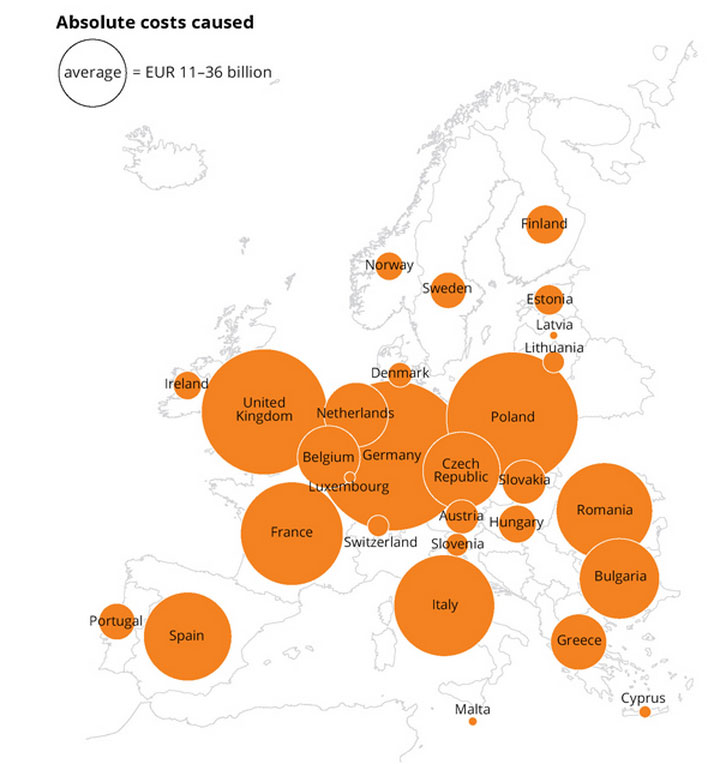 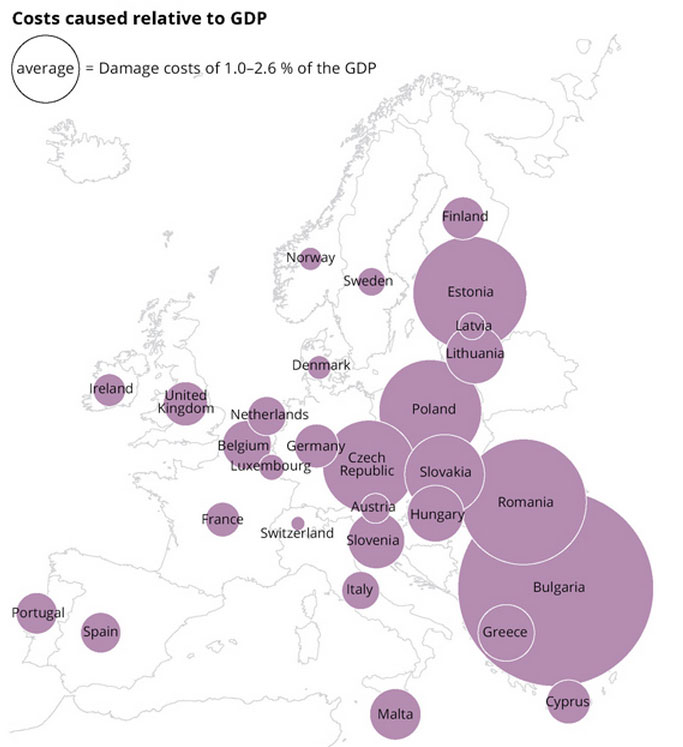