In September 2015, Siemens announced its intention to cut the carbon footprint of its operative business in half by 2020 and to be climate neutral by 2030. To achieve this decarbonization, Siemens is focusing on four different areas. First, its Energy Efficiency Program (EEP) is verifiably reducing energy consumption at the company’s own buildings and manufacturing facilities. Second, increased use of distributed energy systems (DES) is optimizing energy costs at the company’s locations and production plants. Third, Siemens is systematically employing low-emission vehicles and e-mobility concepts in its worldwide car fleet. Fourth, the company is moving toward a clean energy mix by increasingly acquiring its electricity from sources that emit little or no CO2 – such as wind power and hydroelectric power.

“Decarbonization is absolutely essential in order to halt climate change and its dramatic consequences,” said Roland Busch, the member of Siemens’ Managing Board who is responsible for sustainability. “The Paris Agreement on climate change has gone into effect, and the commitments now have to be fulfilled by taking concrete action. The global economy must consistently drive this process and demonstrably reduce CO2 emissions in all sectors,” continued Busch.

Investments in environmentally friendly technologies pay off because they are usually amortized within a few years. Siemens, for instance, expects that an investment of €100 million in improving the energy efficiency of its own buildings and production facilities will lower energy costs by about €20 million a year beginning in 2020.

Further information and international case studies for all four levers of Siemens’ decarbonization program can be found here: www.siemens.com/press/co2-neutral 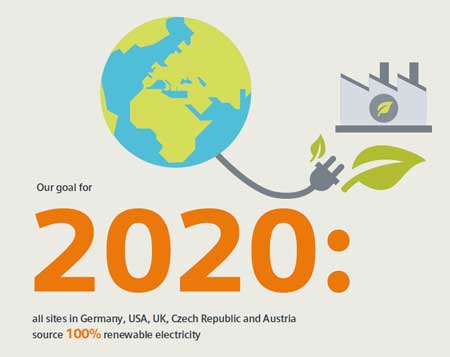