The French government is aiming to double its share of renewable energy by 2040 — and is launching one of the largest energy projects in Europe with calls for tenders and direct marketing of solar power.

This is why Intersolar Europe, the world’s leading exhibition for the solar industry and its partners, together with the German-French Office of Renewable Energy (DFBFEE), is devoting a special event to the topic at the exhibition. On June 23, 2016, speakers are set to discuss the future of the French market at the Innovation and Application Forum. To complement this, a workshop run by the French solar research institute INES will take place in the morning.

The French energy market is preparing itself for the energy transition: The French government is planning to expand photovoltaic capacity (PV capacity) and reduce the share of nuclear power at the same time. Until now, France was situated in the midrange of the European PV markets, with almost 1GWp (gigawatt peak) deployed per year and a cumulative nominal power of slightly more than 5GWp. However the country boasts excellent conditions: The high global radiation in the south and a population density of only half that of Germany are ideal for exploiting solar energy.

The French government has recognized this potential and plans to double the share of renewable energies to over 32% by 2040. The mainstay of this transition: Solar energy. The French Energy Minister, Ségolène Royal expects a volume of 800 megawatts (MW) of photovoltaics to be put to tender in 2016, which could be increased to 1,450 MW in 2017 and the two years after that. The plans envisage a total installed photovoltaic and wind power capacity of 36 to 43 GW by 2023. Intersolar Europe is paying special attention to the development of the French PV market. Like Germany, France also intends to introduce a direct marketing system. What impact this will have on the German and French photovoltaics market is the topic of discussion at two events held at the Innovation and Application Forum at Intersolar Europe 2016, taking place at Messe München from June 22–24. Additionally, around 40 French companies are set to present themselves individually or in shared booths at the exhibition and the accompanying ees Europe — the continent’s largest exhibition for batteries and energy storage systems.

Lectures and discussions: Fresh impetus for the solar market

The German-French Office of Renewable Energy (DFBEE) is holding a round of lectures and discussions focusing on tenders and direct marketing on June 23, 2016 in hall A2 under the supervision of Sven Rösner, the Deputy Managing Director of the DFBEE. The discussion titled “Tenders and direct marketing: What is the impetus for the French and German solar markets?” will see speakers examining how predictive tools can be used to optimize direct marketing. They will also turn their attention to France’s new subsidization strategies for photovoltaics, and comment on the opportunities and challenges for direct marketing of solar power. Additionally, the speakers are set to evaluate the pilot round of tenders and offer recommendations for future designs for tenders. A closing discussion invites participants to explore the possible consequences of the calls for tenders for the German and French photovoltaics markets.

“After hibernating for the last five years, the French photovoltaics market is building up momentum once again. Some groundbreaking projects and rounds of tenders, as well as current debates on expansion targets are creating a new spirit of optimism. France might even be able to catch up with the leading PV markets in Europe in the next few years. Also, more and more international companies are setting up business in France again, which seems to confirm this optimism.” explains Sven Rösner, giving one the reasons for the presentation series. Interpreters will translate the event into German and French. Furthermore, Sven Rösner will be giving a presentation titled “Solar PV in France — Status Quo and Outlook” at the “Global PV Markets: Europe – Leading the Future Transformation?” session at the Intersolar Europe Conference on June 21, 2016.

The French research institute Institut National De L’Energie Solaire (INES) will be running a workshop on Thursday morning in room B 13, hall B1 of the exhibition. It presents an insight into how photovoltaic technologies, modules and systems can be used effectively in the electric power supply for buildings and contemporary mobility solutions. Referencing their own innovations, the French company will also explain how photovoltaic installation costs can be saved while increasing system capacity and utility for the end customer. 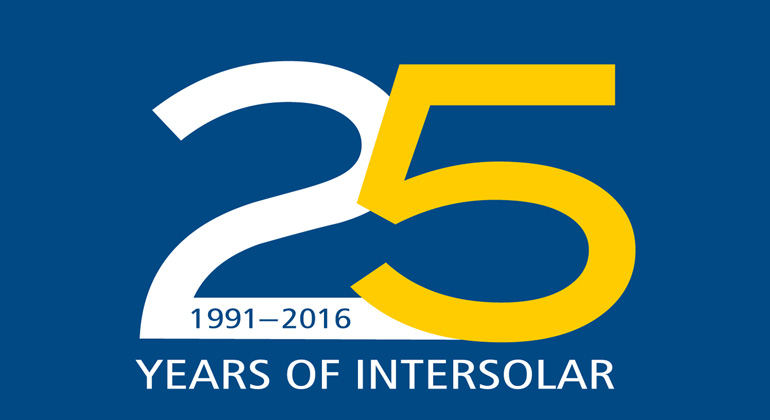