Today REN21 published the most comprehensive annual overview of the state of renewable energy. The Renewables 2016 Global Status Report reveals that renewables are now firmly established as competitive, mainstream sources of energy in many countries around the world.

2015 was a record year for renewable energy installations. Renewable power generating capacity saw its largest increase ever, with an estimated 147 gigawatts (GW) added. Modern renewable heat capacity also continued to rise, and renewables use expanded in the transport sector. Distributed renewable energy is advancing rapidly to close the gap between the energy haves- and have-nots.
These results were driven by several factors. First and foremost, renewables are now cost competitive with fossil fuels in many markets.

In addition, government leadership continues to play a key role in driving the growth of renewables, particularly wind and solar, in the power sector. As of early 2016, 173 countries had renewable energy targets in place and 146 countries had support policies. Cities, communities and companies are leading the rapidly expanding “100% renewable” movement, playing a vital role in advancing the global energy transition.

Additional growth factors include better access to financing, concerns about energy security and the environment and the growing demand for modern energy services in developing and emerging economies.
Christine Lins, Executive Secretary of REN21, said, “What is truly remarkable about these results is that they were achieved at a time when fossil fuel prices were at historic lows, and renewables remained at a significant disadvantage in terms of government subsidies. For every dollar spent boosting renewables, nearly four dollars were spent to maintain our dependence on fossil fuels.”

2015 was a record year not only for new installations, but also for investment – reaching USD 286 billion worldwide in renewable power and fuels; if investment in large hydropower (>50 MW) and in heating and cooling is taken into account, the total is far higher. With China accounting for more than one third of the global total, developing countries surpassed developed countries in total renewable energy investments for the first time.

With increased investment came an increase in technological advances, cost reductions and jobs. There are now 8.1 million people working in the renewable energy sector – representing steady growth in stark contrast with depressed labour markets in the broader energy sector.

REN21’s Renewables 2016 Global Status Report presents developments and trends through the end of 2015, as well as observed trends from early 2016 where available. This means that accelerated action to reduce greenhouse gas emissions stemming from the Paris Climate Agreement in December is not reflected in the results.

While trends are generally positive, the report highlights several challenges that remain to be addressed if governments are to fulfill their commitments to achieve a global transition away from fossil fuels.

These include: achieving effective integration of high shares of renewables into the grid; addressing policy and political instability, regulatory barriers, and fiscal constraints. Further, there is far less policy focus on transport and, particularly, heating and cooling, so these sectors are progressing much more slowly.

Arthouros Zervos, Chair of REN21: “The renewables train is barreling down the tracks, but it’s running on 20th century infrastructure – a system based on outdated thinking where conventional baseload is generated by fossil fuels and nuclear power. To accelerate the transition to a healthier, more-secure and climate-safe future, we need to build the equivalent of a high-speed rail network – a smarter, more flexible system that maximises the use of variable sources of renewable energy, and accommodates decentralised and community-based generation.”

About the REN21 Renewables Global Status Report
First published in 2005, the annual Renewables Global Status Report is the most comprehensive and timely overview of the status, recent developments and trends in renewable energy markets, industries, investments, and policy developments worldwide. By design, it does not provide analysis or forecast. Data are provided by a network of 700 contributors, researchers, and authors from all over the world. www.ren21.net/gsr 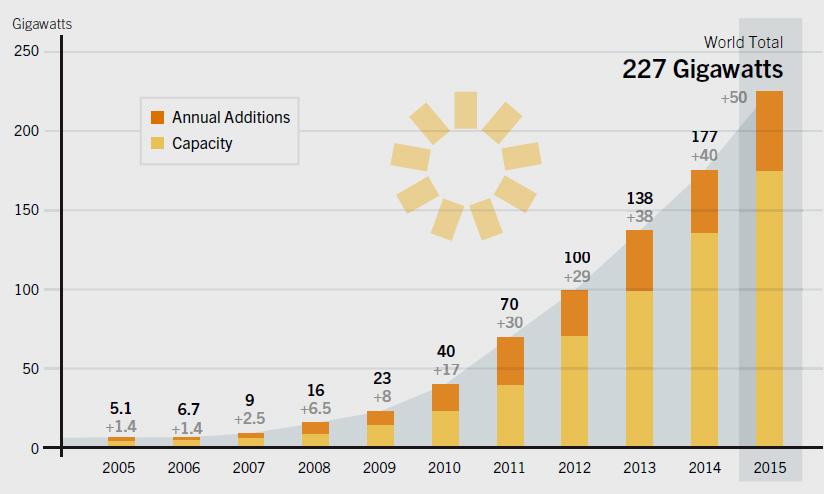 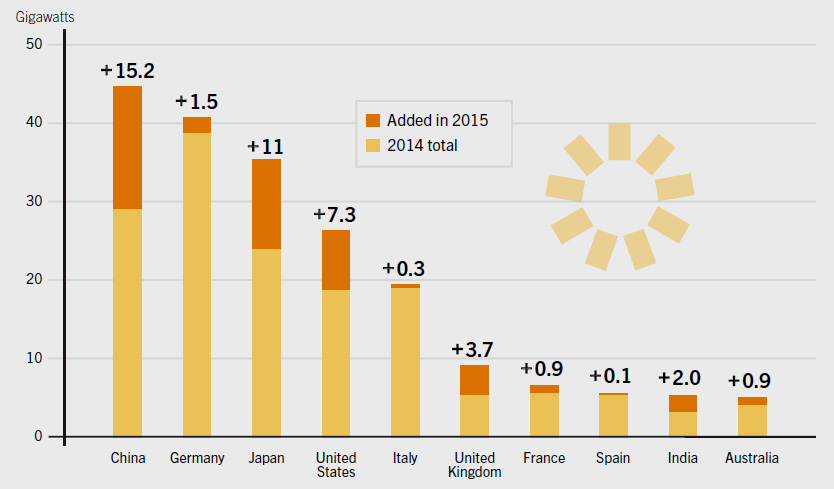 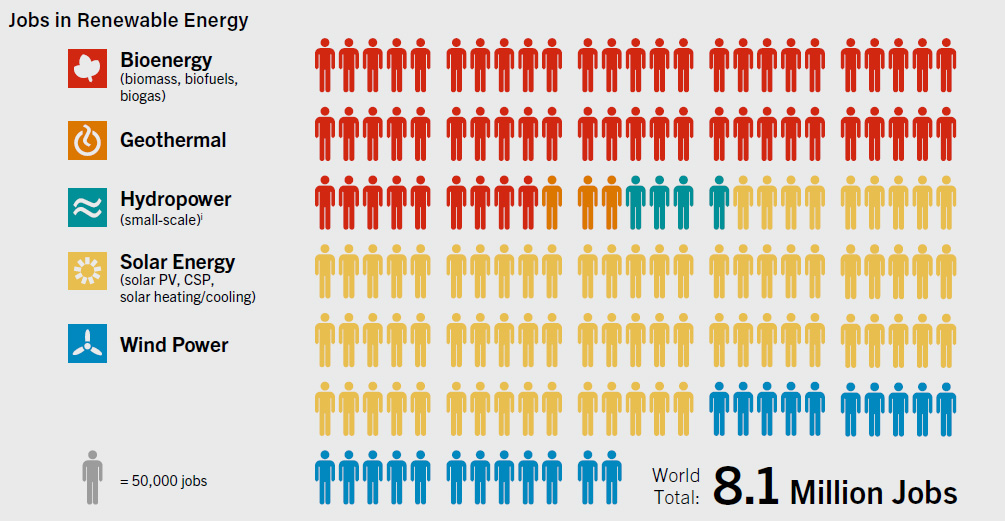