The ice masses in the Alps are dwindling: models suggest a potential loss of most glacial areas by the end of this century. Until now, however, no-one has drawn up a comprehensive picture of the changes occurring in the Alps.

A team of researchers at Friedrich-Alexander-Universität Erlangen-Nürnberg (FAU) has now investigated changes to the area and height of all glaciers in the European Alps over a 14 year period in their recent study. The result: approximately 17 percent of the entire volume of the ice has been lost since the start of the new millennium. The findings were published in the journal Nature Communications.

Anyone who compares older pictures of the Alps with those taken today can see the impact climate change has had in the Alps. The changes are also tracked by ongoing field measurements at a comparatively high number of what are known as reference glaciers. As they are mainly limited to the high Central Alps, however, this is not necessarily representative of the Alpine region as a whole. In order to paint a complete picture of glacial retreat in the Alps, a team of researchers from the Institute of Geography at FAU has for the first time measured changes to the area and height of all Alpine glaciers in France, Switzerland, Austria and Italy between 2000 and 2014.

Loss of 17 percent of the entire volume of ice

The result: Between 2000 and 2014, all glaciers in the Alps lost over 22 cubic kilometres of ice, equivalent to approximately 17 percent of the entire volume of ice in Alpine glaciers at the beginning of the 21st century. With the exception of the highest elevation in the central Alps, the ice is now melting even in the highest glacial areas. The greatest losses, however, were recorded in the mountain ranges largely covered by glaciers in the Swiss Alps. The large valley glaciers in the Bernese Alps alone (Jungfrau-Aletsch region) lost a total of 4.8 gigatonnes in the period investigated with an average loss of ice thickness of 0.72 metres per year. That is equivalent to almost five cubic kilometres in ice volume. Local melting rates were significantly higher in the glaciers at lower ranges. At the terminus of the Great Aletsch Glacier, the largest glacier in the Alps, researchers measured a thaw of more than 5 metres per year at the surface of the glacier.

At a regional level, the methodically consistent satellite measurements allow a direct comparison to be made for the first time between individual countries and mountain ranges in the Alpine region. The survey showed that the glacier tongues of the large valley glaciers of the Central Alps which reach down far into the valleys are melting at an astounding rate, whilst the relative loss of ice volume is lower in the lower foothills as fewer glaciers tend to be formed in the lower valley locations.

For their study, the researchers compared three dimensional terrain models based on data from the German radar satellite TanDEM-X and the German-American shuttle radar topography satellite missions, and combined them with changes to glacial expanses seen on optical images recorded by the NASA Landsat satellites. A decisive advantage of this method is the combination of approximately simultaneous measurements of area and height. Similar studies from other mountainous areas across the globe generally assume a constant area covered by glaciers throughout the entire observation period. This can lead to the actual mass balance being considerably underestimated, especially in highly dynamic glacier regions with high rates of retreat such as the European Alps. 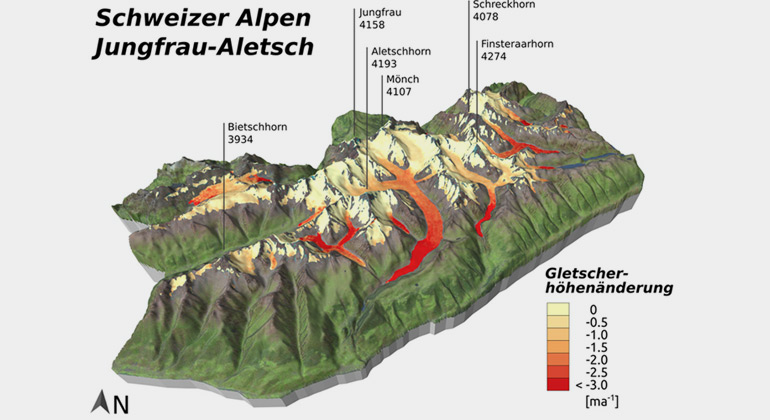 Predicting the flow of meltwater runoff

The results of the study also provide important information for the economy, society and research. For example, glaciers in the Alps contribute directly to water supply and energy production in a number of countries. Studies have shown that from a hydrological point of view, meltwater from Alpine glaciers accounts for a considerable portion of water runoff in large European river systems during the summer months. Earlier estimates indicated that glacial meltwater accounted for up to 20 percent of water runoff in the Rhone and Po during the summer months. Christain Sommer from the Institute of Geography at FAU explains: ‘The data we have gathered can be used to accurately model the future retreat of Alpine glaciers, helping predict changes to meltwater runoff and hydrology in the Alpine region and beyond.’ 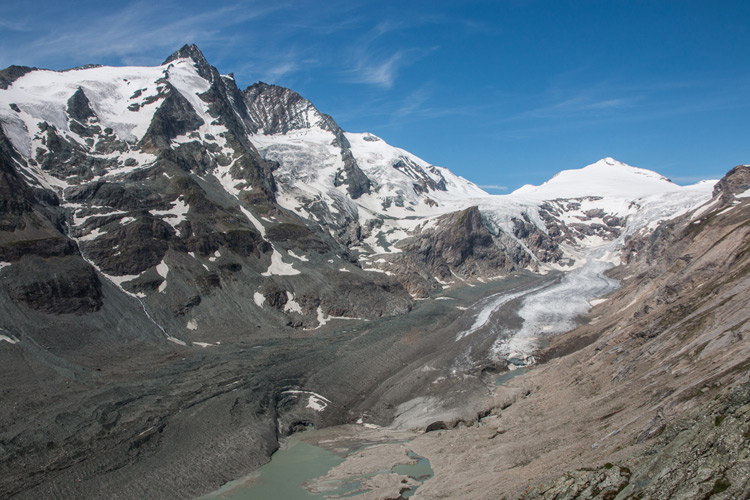 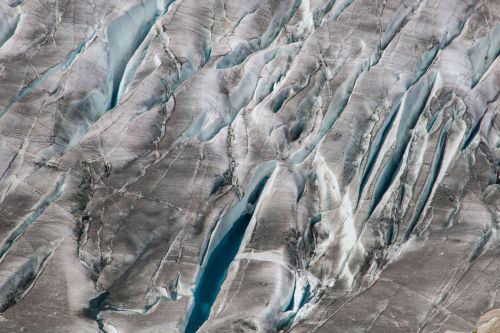