New study confirms common birds are powerful indicators of threats from climate change. From Europe to the US the trends match as scientists expected, the data showing coherent and substantial changes in detriment to cold-adapted species.

You might be familiar with the rapid chittering of its alarm call: a remarkably loud voice for such a small bird. A common sight in many gardens, the little Wren, cocking its short, stubby tail and flitting from twig to twig, is also known for its restless nature.

According to new research published today in Science journal, the tiny brown bird is sending a bigger message. One that makes its restlessness certainly seem more apt.

An international team of researchers led by Durham University, UK, and including scientists from the RSPB (BirdLife in the UK) and BirdLife International found that populations of bird species expected to do well due to climate change had substantially outperformed those expected to do badly over a 30 year period from 1980 to 2010.

The study shows that common bird populations in Europe and the USA are messengers of climate change as they are pronouncedly responding to alterations in temperatures. The Winter Wren, the American Robin, which we see in our garden or local woodland are therefore precious indicators of their ecosystems, and of our planet’s climate.

The research, conducted in collaboration with the RSPB and the United States Geological Survey (USGS), is published today in the journal Science and it is the first real demonstration that climate is having a similar, large-scale influence on the abundance of common birds in widely separated parts of the world. The common birds we share between countries and continents seem to be sharing with us a common message about climate change.

In Europe, species such as the Winter Wren Troglodytes troglodytes have been increasing in northern areas where winters are becoming milder, but declining in some southern countries where summers have been getting hotter and drier.

The UK population of the Dartford Warbler Sylvia undata, which used to be limited to the county of Dorset, has increased eight-fold since the early 1980s, whilst declining in Spain, as predicted from changes in weather relative to the species’ preferences.

The American Robin Turdus migratorius, a familiar species across much of continental USA, has declined in some southern states such as Mississippi and Louisiana, but increased in north-central states, such as the Dakotas.

The study’s lead authors, Dr Stephen Willis and Dr Philip Stephens, of Durham University, believe the findings showed there was a large-scale, consistent response by bird populations to climate change on two continents. According to Dr Willis this research: “Helps us to understand where climate change is affecting populations, and to understand the causes of population changes of common birds that might also be affected by factors such as habitat loss and agricultural intensification.”.

According to Co-author Dr Stuart Butchart, Head of Science at BirdLife International the study:

“Adds to the body of evidence that many of the world’s birds have already been impacted by climate change, mostly in negative ways. It is a further warning that actions are urgently needed to minimise climate change and to help nature and people adapt.”

BirdLife International and the National Audubon Society released a report entitled The Messengers, at the Paris meeting of the UN Convention on Climate Change in late 2015. Today’s paper in Science extends some of the work synthesised in The Messengers, and shows that similar impacts are being felt across both Europe and North America.

The study was only made possible by the dedication of thousands of volunteers who survey birds on the same survey plots using the same rigorous methods every year. Understanding better the consequences of climate change is one of the many ways individuals have to fight it. 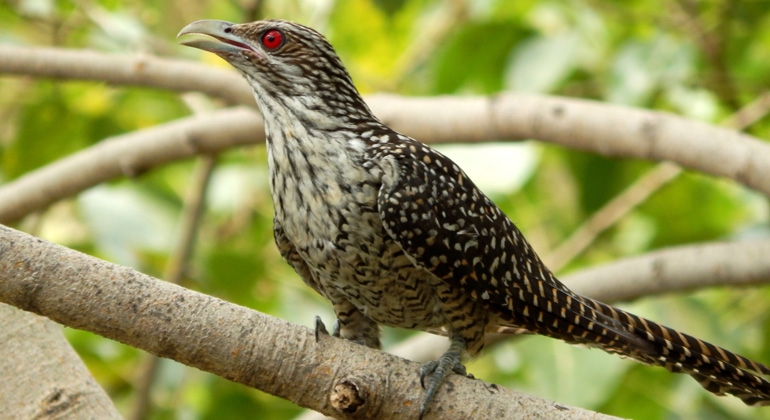