What do the brimstone, meadow brown and small heath butterfly species have in common? All of them are rather habitat specialists, with no specific ecological demands, they tend to have modest requirements when it comes to habitats and larval host plants. They are also more resistant to nitrogen pollution than sensitive habitat specialists, which are going extinct – even in nature conservation areas. The research study carried out by Technical University of Munich (TUM) and Bavarian State Collection of Zoology (ZSM) confirms the species loss and the modest effectiveness of nature and species conservation.

The study is based on one of the longest observation series ever carried out. Species lists and butterfly collections from 1840 until today were evaluated. All of the data were provided by lepidopterologists, i.e. butterfly researchers, from areas around the city of Regensburg in Bavaria. The southern slopes along the Danube there mainly consist of rare oligotrophic grasslands and, accordingly, oligotrophic biotopes for butterflies and other insects. Around 45 hectares of land there have been designated as a conservation area since 1992.

The institutes involved in the study included beside TUM and ZSM also the Senckenberg German Entomological Institute, and Nicolaus Copernicus University Torun, Poland. The results of the collaborative study were published in the American journal Conservation Biology.

“The observations carried out over a period of 200 years confirm the general trend of a decline in habitat specialist species despite the fact that these species are the target of nature conservation measures,” explains Dr. Jan Christian Habel from TUM’s Terrestrial Ecology Research Group. For example whereas 117 butterfly species and diurnal moths were recorded between 1840 and 1849, only 71 species were recorded between 2010 and 2013.

Moreover, the composition of the butterfly species also changed. While the region was populated by a diverse butterfly community during the past, it is now dominated by a few habitat generalists. Many habitat specialists, which require certain larval host plants and habitat structures to survive, have disappeared.

According to the study, high emissions of reactive nitrogen is one of the reasons of this species decline. Reactive nitrogen is generated, for example, by the combustion of the fossil fuels wood and peat, industrial incineration processes, the cultivation of legumes, and the increasingly intensive agriculture of recent decades. Nitrogen alters the nutrient composition of plants by the airborne route and overfertilizes the very sensitive type of vegetation found in this region.

But the flora and fauna there are adapted to a low-nutrient environment. The high nitrogen supply promotes the growth of plants like the dandelion, thistles, and sorrel, which oust the typical flora and, hence also, larval host plants. “These changes in the environment have a very serious impact on the habitat specialists,” says the biogeographer from TUM.

“Most conservation areas are very small and isolated and sparsely distributed in the landscape,” says Habel – “Moreover, atmospheric nitrogen does not respect the boundaries of the protected areas.”

According to the study, despite climate warming, thermophilic species, which like warm and dry conditions, are also in decline. This may seem surprising to non-experts.” The vegetation is growing faster due to the nitrogen inputs. This creates more shade close to the ground, which is too much shade for heat-loving butterflies,” explains Habel. Because the observations used for the study were recorded using very different methods by the scientists involved, they could only be used as records of the presence and disappearance of the recorded species. It was not possible to calculate species abundances and population densities and development in relation to abundance.

“The question that emerges here is whether the established network of fauna-flora habitat conservation areas will enable us to achieve effective nature conservation in the long term,” adds Dr. Habel. “The answer is clearly no.” 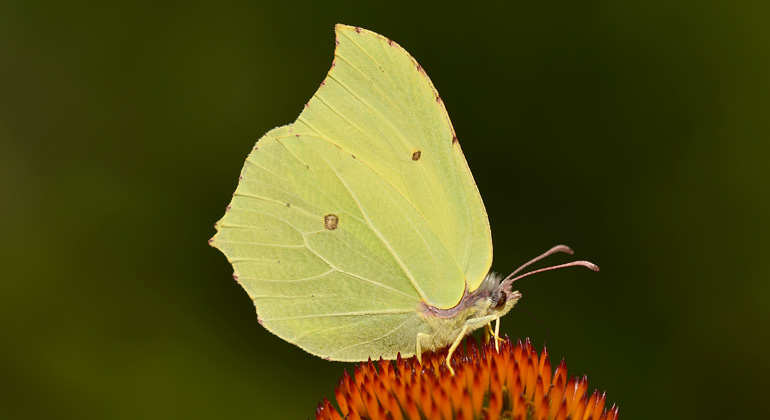