A new Ipsos poll conducted in 14 countries finds that 71% of adults globally agree that, in the long term, climate change is as serious a crisis as Covid-19 is. The survey shows widespread support for government actions to prioritise climate change in the economic recovery after Covid-19 with 65% globally agreeing that this is important. The survey was conducted online among more than 28,000 adults between April 16th and April 19th 2020.

Another Ipsos survey, carried out online among more than 20,000 adults across 29 countries between Friday, February 21st and March 6th 2020, finds that while climate change remains the most important environmental issue for citizens globally, citizens are no more likely to say they plan to make changes to their own environmental behaviours than they were six years ago.

The top findings include:

A majority of citizens feel they are likely to make changes to their own behaviour to limit personal contribution to climate change. However, the proportion saying they are likely to make such changes has not increased since Ipsos last asked this question six years ago. Citizens remain more likely to plan to take actions which are convenient and easier to achieve than they are to plan changes which are more far-reaching – such as avoiding flying or making changes to their diet.

Citizens are divided on how likely they are to undertake less comfortable and convenient lifestyle changes.

There has been very little change since 2014 in how likely the public are to say they plan to change their behaviours to limit their personal contribution to climate change, across the 12 countries where Ipsos has trend data. 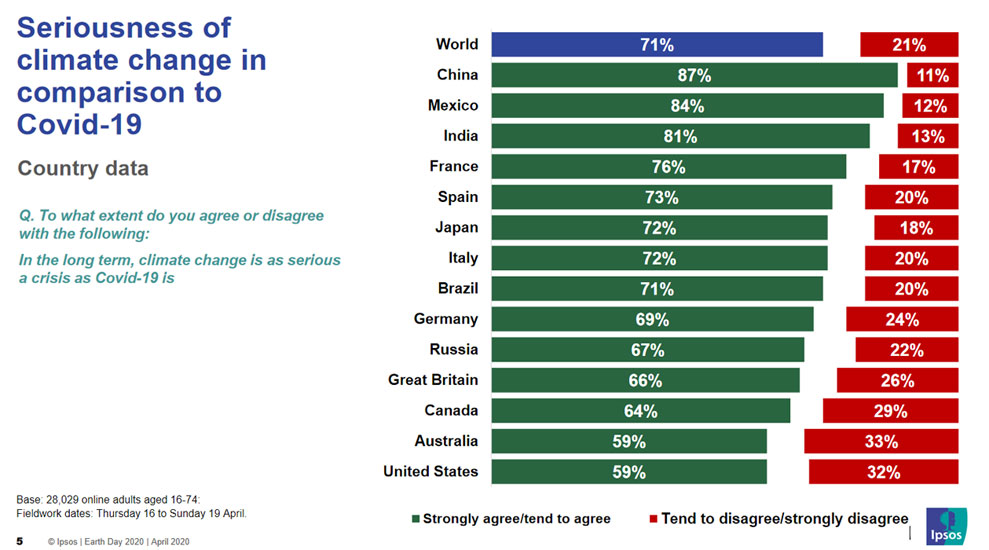