Fifty years ago this week, a quiet engineer, who had graduated from Oregon State University, introduced the world to windows, hypertext, video conferencing, computer graphics and the computer mouse – the latter a wooden block on wheels – years before they advanced daily business and consumer processes.

The year was 1968. And the engineer was Douglas Engelbart — who in front of a San Francisco auditorium and an audience of 1,000 engineers and others — provided the first complete demonstration of a computer hardware and software system that became known as the oN-Line System, or NLS. When he was done, he was rewarded with a standing ovation and the event retroactively became known as “The Mother of all Demos.”

The demonstration was highly influential and spawned similar projects at Xerox a decade later, and influenced both Apple and Microsoft Windows systems in the 1980s and 1990s, engineers say.

When Engelbart died in July of 2013, he was remembered in glowing terms by people around the world.

“Fifty years later, the innovation and foresight that Engelbart brought to his world-changing demo are still at the heart of Oregon State College of Engineering’s approach to solving problems across multiple engineering disciplines,” said Scott Ashford, Kearney Professor and dean of the college.

Engelbart was born in Portland, grew up in Salem, and came to then Oregon State College to study electrical engineering – before and after World War II – along with his brother, David Engelbart, also a 1948 engineering graduate.

After working at the Stanford Research Institute and making his landmark presentation, Engelbart founded a research and think-tank organization in Fremont, Calif., called the Bootstrap Institute. As noted in a 2002 feature in The Oregon Stater alumni publication, the thrust of the organization became to “boost the collective IQ of organizations and society around the world.”

Engelbart used his own experiences hunting in western Oregon forests to realize that there may be hidden potential in the computer world.

“As a beginner, I begin to realize that an experienced hunter could see things I couldn’t see,” Engelbart told the Stater. He said he began to understand that there was an entire world of knowledge and interpretation that wasn’t immediately obvious and lay just below the surface.

“We don’t realize what capabilities we are harnessing” inside our own minds and imaginations.

“Among other revolutionary offshoots, Engelbart’s demo planted the seed for human-machine interaction and human-robot interaction, two fields where OSU researchers are blazing new trails 50 years later,” Weller said. “Understanding how humans and computers will interact is one of the most compelling technology questions we are facing today.”

A feature earlier this year in the Smithsonian magazine explores Engelbart’s career at length. 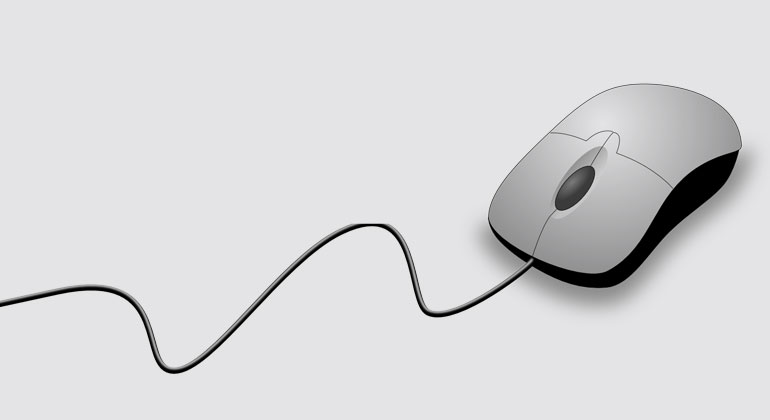