It is a great surprise and a wonderful honor to be chosen as the recipient of the German Culture Award 2019 by the Stiftung Kulturförderung.

We are here at the Allerheiligen-Hofkirche of the Residenz in Munich. This building was started under a monarchy, destroyed under a dictatorship, and reconstructed under a democracy – all in less than 180 years. King Ludwig 1st, Adolf Hitler, Chancellor Helmut Kohl, every one of them expected their form of government would last indefinitely, yet the transitions were very quick. I appreciate this wonderful building; it can remind us that even conditions which most people expect will last forever may change very quickly.

I am sure this building and the State of Bavaria will still exist 100 years from now. But what kind of life will Bavarians have then? What form of government will they serve in the 22nd century? What can people do today to make the answers to those questions more attractive tomorrow?

For almost 50 years I have worked as a systems scientist to answer such questions. My professional work, my publications, and my teaching have been carried out in the guise of science, but in essence they have all been related to culture.

I define the word culture very broadly. For me culture is the web of myths, expectations, goals, artistry, and behavioral norms that unite a human society and shape the decisions that govern its evolution towards its future.

In 1999, the Süddeutsche Zeitung published one of my essays. The english title for the article was: “It is too late for Sustainable Development.” No one will entertain the idea that sustainable development implies a decline in living standards for the rich. But already 20 years ago it was clear to me that humanity’s goal for ever-greater use of materials and energy had produced population and economic growth far too large to be sustained by the resources of our finite earth.

In my essay I used a metaphor from Hans Christian Anderson’s fable, The Emperor’s New Clothes. In the story everyone in the King’s court pretends to admire the King’s new suit of clothes, which actually do not exist. They were fabricated by tailors to swindle the King, and no one close to the King wanted to be the first to tell him he was wrong. The court’s collective fantasy was therefore sustained until a child pointed out that the King actually had nothing on.

We are now close admitting that our collective belief in the benefits of material growth are a fantasy, a swindle. In the story, the King continued to pretend the clothes existed, because he could not accept the shame of being wrong. I hope our leaders will be more honest.

In 1999, I wrote: “If it truly is too late for sustainable development, then we need to develop a new set of alternative, long-term visions that can unite and guide our species on this planet. The ‚religion‘ of free-market economists is clearly inadequate for this task. We need a new set of paradigms that will help us minimize violent conflict, reduce inequality, and preserve the most essential functions of our natural environment through a transition to much lower population and consumption levels.”

The main changes today are moving society away from those goals. Those driving these changes equate their own success to having ever more – more money, more power, more energy, more speed, more material wealth. They have forced us all to live in a fantasy world, based on a global ponzi scheme.

Of course, billions of the poorest people on this planet still require more energy and materials to give them the basis for a decent life. We should work to help them. But the poor are not the source of the major global problems we have now. Change in climate, destruction of the ocean, extinction of species, and other existential problems – these come mainly from the rich, from us, who already have the essentials. And our efforts have not left us much time for real change.

In his new book, Upheaval, Jared Diamond states: “There is a 49 percent chance the world as we know it will end by 2050”. Diamond acknowledges a truth our own computer projections illustrated already in 1972. But that would still leave a 51 percent chance for a better result.

If we can learn to define progress as ever-increasing appreciation and mastery of the cultural arts – like music, literature, art, dance, theater, religion, philosophy, opting for social development rather than physical expansion, there could be more attractive options for us. But achieving them lies within the realm of culture, not science.

Culture determines our norms of acceptable behavior, our indices of success, our time horizons, our relations with each other and with the natural world, our choices between entitlement and obligation, our preferences between order and freedom. Improving our culture is much more urgent for the survival of humanity than is improving our science.

Most climate change deniers fully understand that humanity’s activities are damaging the climate. They however simply find it less embarrassing to deny the science than to admit they don’t care about damaging the future welfare of others.

Unfortunately, there is no physical research that can eliminate the climate debate. No scientific discovery will make a selfish person care more about the future than about himself – that essential change lies only within the realm of culture.

form that is inevitably destined to succeed, if it is closed and short-sighted – not monarchy, not democracy, not oligarchy, nor authoritarianism, totalitarianism, or tribalism – irrespective of what changes that government may make in its technology and economy.

An essential question today is: “How can the benefits of a liberal, open society be realized without the disadvantages of an electoral democracy that forces our representatives to pander to the short-term goals of those who elect them?”

Jean-Claude Juncker, the President of the European Union, once referred to this question when he famously said: “We all know what to do, we just don’t know how to get reelected after we’ve done it.” Until the culture of a people gives it a much longer time horizon and more concern for the welfare of others, there is no attractive solution to the Juncker dilemma.

History has shown that leading thinkers can have enormous influence over the culture of a society. Albert Einstein, Karl Marx, and Albert Schweitzer were among the great thinkers whose ideas inspired me when I was young. They contributed to the conceptual foundations of the past century. We will, however, need different foundations to survive this century: We will need a desire for stability rather than growth, a desire for resilience rather than maximum efficiency, a desire for quality rather than quantity, a desire to serve society rather than to accumulate personal wealth.

In closing I therefore would like to encourage you to find and reward the people who can promote these new foundations. Although they may be numerous, they are not yet heard all over. I encourage you in your efforts to find them and support their efforts to help us create the new culture we all need. 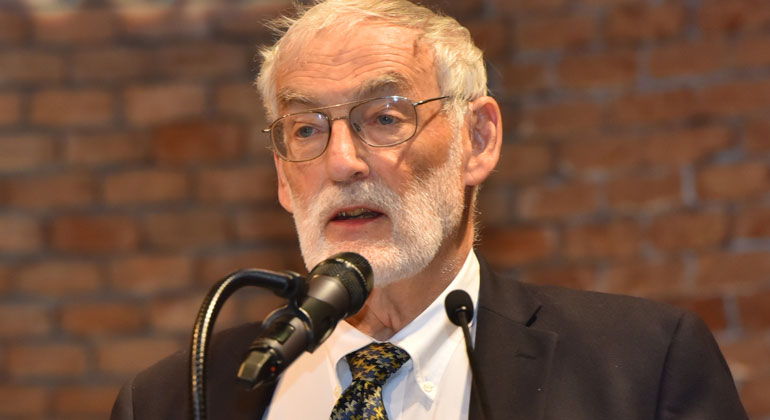 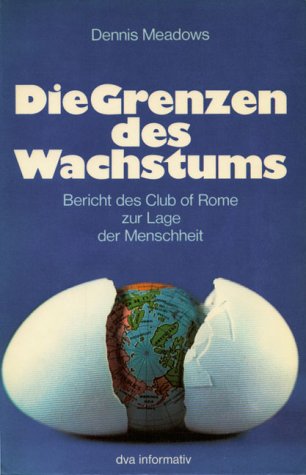 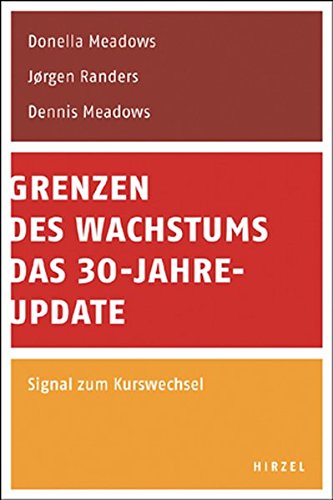