When people think about Somalia they typically think of it as a hopeless case, a failed state in which nothing functions as it should, a state without a future that threatens international peace. But in fact, this perspective is distorted and one-sided.

One problem is that much of the basic sociological and ethnographic data we have about Somalia indeed date back to the 1960s–1980s. The conference “Continuity and change in Somali society, politics, and economy in the longue durée”, which will take place from 20 to 22 June at the MPI for Social Anthropology, aims to offer a more nuanced picture of Somalia based on current social science research. It will be held in English.

Empirical research for a more nuanced perspective
For the last three decades, news about Somalia has been dominated by negative headlines: state collapse, civil war, warlordism, hunger, piracy, terrorism. The response of the international community has usually taken the form of military intervention, for there seem to be no prospects for a civil solution in this East African country. “But this negative image of Somalia is in many regards misleading and inaccurate,” argues Dr. Markus Höhne, co-organizer of the conference “Continuity and change in Somali society, politics, and economy in the longue durée” and research partner of the Department ‘Integration and Conflict’ at the MPI. “At present a rapid societal transformation is underway and there has not yet been much empirical research that examines this. Therefore, at the conference we will consider social phenomena such as gender, family relationships, the economy and educational system, and religious practices. In this way we hope to bring Somalia back into the gaze of social scientists and counteract the distorted and superficial perception of the country.”

Social empowerment through education
And indeed, the Somalia of the present has a number of surprises to offer: For example, in 1991 there was only one university in the entire country; today there are more than 50. And 40 per cent of graduates are women. “This enormous expansion of the educational system has opened up completely new opportunities for young people and particularly women to participate in economic and political activities,” says Höhne. Particularly well-educated women can thus occupy roles that had once been reserved exclusively for men, because today there are not enough men to fill them. Over many years of armed conflict, many Somali men have died, been injured, or fled the country. The women are left to fend on their own, and in addition to caring for their families, they are increasingly involved in the development of their village and town communities.

New diversity of religious belief
Like the education system and gender roles, Islam is also undergoing a fundamental transformation in Somalia. The traditional Sufism, which nearly all Somalis adhered to until the 1980s, is less relevant today. Höhne: “Many Sufi shrines in Somalia are now deserted. The broad access to schooling, migration and the internet has greatly facilitated the diversification of religious affiliations. Today various forms of Wahhabist Islam are prevalent. But in the scholarly literature one continues to see the claim that the majority of Somalis are followers of Sufism. And this has not been true for quite some time.” In addition, these newer groups, even if they share a general Wahhabist orientation, adhere to widely varying positions. Buzzwords like “fundamentalism” or “terrorism” therefore aren’t useful as analytical categories.

Upheaval gives rise to new opportunities
The high concentration of people and capital in the cities – Somalia has had one of the highest urbanization rates in all of Africa since the 1990s – is also leading to fundamental changes in traditional ways of life. “In Somalia at present a great many things are happening simultaneously, and they are happening very rapidly. Such radical changes also always create new opportunities. Therefore, it is worth looking at these transformation processes more closely in order to precisely describe the many facets of Somali society,” explains Höhne. For example, the Somali economic system, which is largely unregulated and uninfluenced by the state, has given rise to highly successful products and services. Höhne: “Somali telecommunications firms offer a popular system for making cashless payments that anyone who has a mobile phone can use. This economic sector is booming and jobs are being created. At the same time, Somalia is still one of the poorest countries in the world, where many people live at a minimum subsistence level. These contradictions show that Somalia is in a situation of transformation. But of course to understand what has changed, one has also to understand what remained similar or the same.”

Studying global social change
The Max Planck Institute for Social Anthropology is one of the world’s leading centres for research in socio-cultural anthropology. It was established in 1999 by Chris Hann and Günther Schlee, and moved to its permanent buildings at Advokatenweg 36 in Halle/Saale in 2001. Marie-Claire Foblets joined the Institute as Director of the Department ‘Law & Anthropology’ in 2012.
Common to all research projects at the Max Planck Institute is the comparative analysis of social change; it is primarily in this domain that its researchers contribute to anthropological theory, though many programmes also have applied significance and political topicality. Fieldwork is an essential part of almost all projects. Some 175 researchers from over 30 countries currently work at the Institute. In addition, the Institute also hosts countless guest researchers who join in the scholarly discussions. 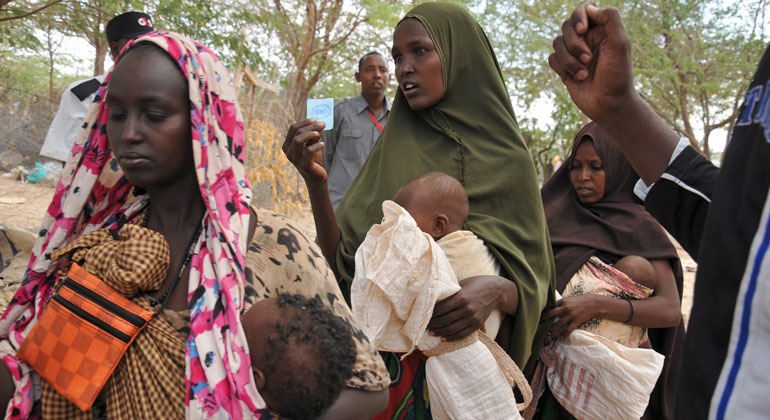