According to the new “E-mobility Index” compiled by Roland Berger and Forschungsgesellschaft Kraftfahrwesen mbH Aachen (fka) for Q2 2017, Germany has rescinded the top spot in the technology category to France. The two countries had jointly held the lead in Q1. This shift is largely down to the growing share of plug-in hybrid vehicles (PHEVs) in the portfolios of German OEMs. These vehicles have a smaller electric range and a lower electrical top speed. Given their lower battery capacity, most of them are also equipped with more basic charging technology.

The “E-mobility Index” regularly compares the relative competitive positions on electromobility of the seven leading automotive nations: Germany, France, Italy, USA, Japan, China and South Korea. The countries’ performance is measured against the three indicators of technology, industry and market. Ranking best in both industry and market in Q2 2017 puts China in top spot overall – for the first time. “China’s rise up the rankings is partly thanks to national subsidies and simpler licensing procedures,” explains Wolfgang Bernhart, Partner at Roland Berger. “Added to that, we are seeing many high-tech start-ups in the Chinese market who boast the funding to work their way into the premium segment step by step.”

The large production volumes of Chinese domestic manufacturers benefit the nation in the industry rankings. Chinese OEMs will produce some 3.5 million electric vehicles throughout the period 2015-2019 in total. Ranking second, American OEMs will produce just one third of that volume in the same period. More than 90 percent of the vehicles are supplied with locally manufactured lithium-ion cells, which serves to make China the world’s leading provider of battery cells in terms of production volume.

“The big German OEMs are producing more electric cars,” says Alexander Busse, fka consultant. “However, what limited local battery production there was in Germany ground to a complete halt in 2016.” That is why Germany now ranks no higher than fourth behind Japan in the industry ranking. “The whole of Europe trails Asia considerably when it comes to battery production,” says Busse with concern.

China sets the tone in the market indicator too, with a doubling of new electric car sales in 2016 – to some 350,000 vehicles. France is able to keep pace in spite of a lower sales volume owing to the country’s higher share of electric vehicles in the market overall.

Germany manages only fourth place in the market rankings, with approximately 28,000 newly licensed plug-in hybrids and pure EVs in 2016 – accounting for no more than 0.8 percent of the total car market. “This potentially jeopardizes the country’s ability to comply with the European Union’s fleet emission targets, which have been set for OEMs to meet from 2021 onward,” warns Roland Berger expert Stefan Riederle. “Stronger government incentives and the expansion of fast charging infrastructure in Germany could certainly stimulate the market here.”

The success of electromobility in China can be traced back to heavy government subsidies. In 2015 alone the Chinese government supported electromobility to the tune of over one billion euros. That said, China did shave about 20 percent off the amount of public money going into the sector toward the end of 2016 owing to the number of cases of fraud and abuse in the past. But all in all, the country is sticking to its policy of subsidies and its ambitious targets. The Chinese have set themselves the aim of having electric vehicles account for 15 to 20 percent of all new car sales by 2025, rising to as much as 40 to 50 percent by 2030.

To reach these goals, China is complementing its purchase incentives with a focus on innovative automotive start-ups working exclusively on electric drivetrains and autonomous driving. “We are observing a veritable boom in Chinese start-ups,” says Wolfgang Bernhart, describing the situation. “And they are attacking the premium segment with the benefit of well-heeled investors, experienced managers from the automotive industry, global R&D centers and innovative business models.”

The ever-growing presence of dynamic start-ups in the Chinese market is ramping up the pressure on incumbent automotive manufacturers: “The big European OEMs need to be more flexible so as not to be left by the wayside,” advises Stefan Riederle. “Traditional seven-year product cycles are long gone. Companies need to be faster, more flexible and more innovative in what they offer consumers.” 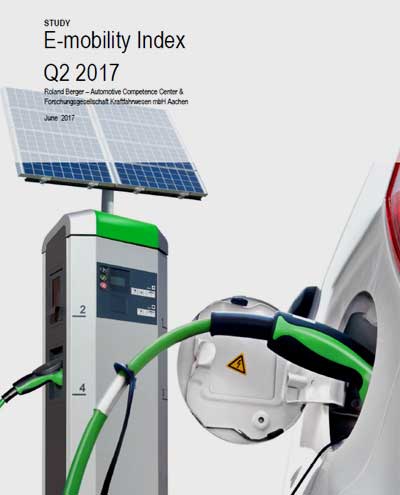 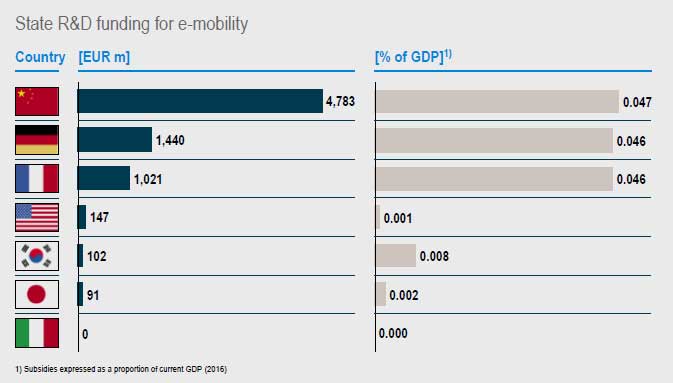