Average temperatures for the five-year (2015-2019) and ten-year (2010-2019) periods are almost certain to be the highest on record. 2019 is on course to be the second or third warmest year on record, according to the World Meteorological Organization.

The WMO provisional statement on the State of the Global Climate, says that the global average temperature in 2019 (January to October) was about 1.1 degrees Celsius above the pre-industrial period.

Concentrations of carbon dioxide in the atmosphere hit a record level of 407.8 parts per million in 2018 and continued to rise in 2019. CO2 lasts in the atmosphere for centuries and the ocean for even longer, thus locking in climate change.

Sea level rise has accelerated since the start of satellite measurements in 1993 because of the melting of ice sheets in Greenland and Antarctica, according to the report.

The ocean, which acts as a buffer by absorbing heat and carbon dioxide, is paying a heavy price. Ocean heat is at record levels and there have been widespread marine heatwaves. Sea water is 26 percent more acidic than at the start of the industrial era. Vital marine ecosystems are being degraded.

The daily Arctic sea-ice extent minimum in September 2019 was the second lowest in the satellite record and October has seen further record low extents. In Antarctica, 2019 saw record low ice extents in some months.

“If we do not take urgent climate action now, then we are heading for a temperature increase of more than 3°C by the end of the century, with ever more harmful impacts on human wellbeing,” said WMO Secretary-General Petteri Taalas. “We are nowhere near on track to meet the Paris Agreement target.”

“On a day-to-day basis, the impacts of climate change play out through extreme and “abnormal” weather. And, once again in 2019, weather and climate related risks hit hard. Heatwaves and floods which used to be “once in a century” events are becoming more regular occurrences. Countries ranging from the Bahamas to Japan to Mozambique suffered the effect of devastating  tropical cyclones. Wildfires swept through the Arctic and Australia,” said Mr Taalas.

“One of the main impacts of climate change is more erratic rainfall patterns. This poses a threat to crop yields and, combined with population increase, will mean considerable food security challenges for vulnerable countries in the future,” he said.

The report devotes an extensive section to weather and climate impacts on human health, food security, migration, ecosystems and marine life. This is based on input from a wide variety of United Nations partners (listed in notes to editors).

Extreme heat conditions are taking an increasing toll on human health and health systems with greater impacts where there are aging populations, urbanization, urban heat island effects, and health inequities.  In 2018, a record 220 million more heatwave exposures by vulnerable persons over the age of 65 occurred, compared with the average for the baseline of 1986-2005.

Climate variability and extreme weather events are among the key drivers of the recent rise in global hunger and one of the leading causes of severe crises. After a decade of steady decline, hunger is on the rise again – over 820 million people suffered from hunger in 2018.  Among 33 countries affected by food crises in 2018, climate variability and weather extremes a compounding driver together with economic shocks and conflict in 26 countries and the leading driver in 12 of the 26.

More than 10 million new internal displacements were recorded between January and June 2019, 7 million being triggered by hazard events such as Cyclone Idai in southeast Africa, Cyclone Fani in south Asia, Hurricane Dorian in the Caribbean, flooding in Iran, the Philippines and Ethiopia, generating acute humanitarian and protection needs.

The provisional State of the Climate report provides an authoritative source of information for the U.N. climate change negotiations, known as CoP25, which take place in Madrid from 2 to 13 December. It complements the reports of the Intergovernmental Panel on Climate Change.

The final Statement on the State of the Climate with complete 2019 data will be published in March 2020. 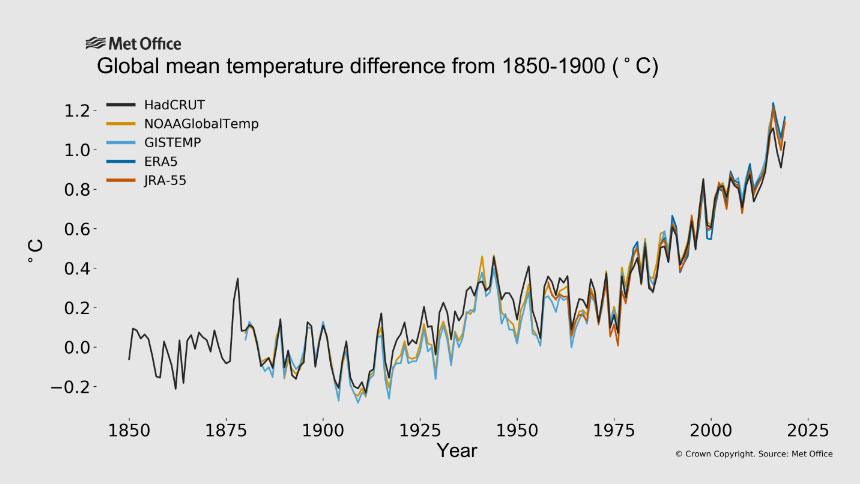 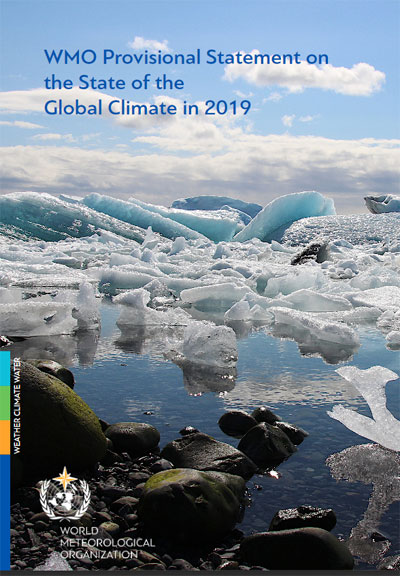