Water on Earth is the precondition for life as we know it. But where does it come from, and how long has it been here? Scientists currently discuss two possibilities.

Either water was here at an early stage, during the main phase of Earth’s formation, or Earth was initially completely dry and water only arrived later – through the impacts of comets or ‘wet’ asteroids originating from the outer areas of the solar system. Researchers at the Institute for Planetology at the University of Münster have now tested this hypothesis using very precise isotope measurements on samples that came from the asteroid belt. Their conclusion supports the first possibility, that water arrived early during the Earth’s evolution. Their findings have been published in the latest issue of the journal “Nature”.

The Münster scientists examined the isotopic composition of ruthenium, a noble metal. Noble metals have an extreme tendency to bond with metal, so they likely moved completely into the planet’s metallic core when the Earth was formed. However, even though the noble metals should have been removed entirely to the core, there still are some noble metals in the Earth’s mantle. This is explained by the late accretion of smaller bodies such as asteroids or comets colliding with the Earth after the core was fully formed and bringing new material to Earth. This material, called the ‘late veneer’, did not enter the Earth’s core, but instead enriched the Earth’s mantle with noble metals. Calculations indicate that this late veneer might also have brought all the water to Earth.

However, upon examining various meteorite samples – fragments of asteroids located between Mars and Jupiter – the Münster researchers demonstrated that there are differences in the isotopic composition of ruthenium between asteroids and the Earth. “All the ruthenium in the Earth’s mantle comes from the late veneer. The different ruthenium isotopic compositions of Earth’s mantle and meteorites therefore show that the late veneer cannot consist of asteroids, but must have come from the inner part of the solar system,” explains Dr. Mario Fischer-Gödde.

He and Prof. Thorsten Kleine showed that these isotopic anomalies become greater the farther the asteroids are from the sun. They assume that this principle also holds true for comets. However, as only those asteroids and comets which are far away from the sun actually contain sufficient water, the two scientists conclude that these data rule out the possibility of water on Earth coming from the late veneer.

“What our data show is that the Earth was already incorporating water-rich bodies at a very early stage – during the main phase of its formation,” say the two scientists. This result matches recent planet formation models, which show that water-rich material was transported from outer to inner areas of the solar system at a very early stage, during the formation of Jupiter. “This material was incorporated into the Earth and made our planet life-sustaining,” says Thorsten Kleine.

The work was carried out as part of the SFB-Transregio Collaborative Research Centre 170 entitled “Late accretion onto terrestrial planets” and was supported with funding from the German Research Foundation. 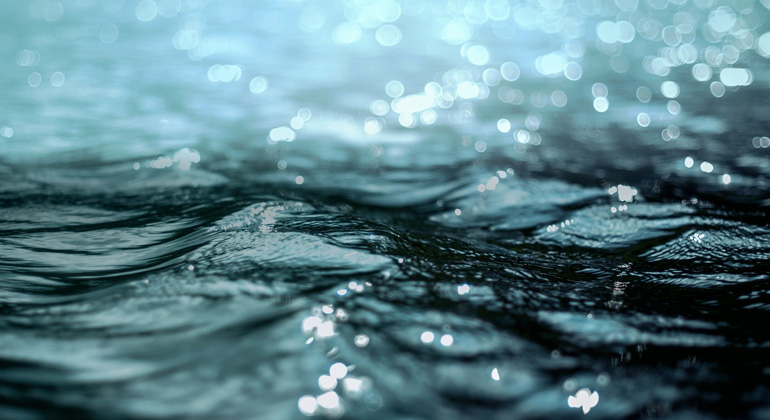