Scientists at the TU Bergakademie Freiberg have developed a method enabling lithium carbonate, a substance that is in great demand on the global market, to be extracted from the lithium mineral zinnwaldite, as well as from old batteries. They have now taken out a patent for this invention.

Especially in the field of electromobility, lithium is indispensable for energy storage at this moment in time. Experts predict that the demand for this metal will sharply increase in the coming years. Its market share is currently growing by 8 to 11 percent a year. By 2025, the demand from the electromobility segment is already expected to account for 70 percent of the traded lithium. The world market price for the most important compound, lithium carbonate, currently ranges around 7,300 US-dollars per ton and has risen by 20 percent since November 2015. The price could increase to ca. 25,000 US-dollars per ton by 2020, according to experts.

The process for extracting lithium from spent batteries is a further development of the “hybrid lithium extraction” process developed earlier by the researchers at TU Bergakademie Freiberg. In the course of this development Martin Bertau, Professor for Technical Chemistry at TU Bergakademie Freiberg, and his team have succeeded in extracting lithium carbonate from the siliceous lithium ore zinnwaldite. Zinnwaldite is a mica and contains aluminium, iron, fluorine and lithium, amongst others.

The crushed zinnwaldite material is first heated to ca. 1,000°C. This is attended by a phase transformation where new mineral phases are formed from the zinnwaldite. The main component is the lithium-rich silicate β-spodumene. “With the method developed by us, the lithium contained in the spodumene can be converted to lithium hydrogen carbonate by adding CO2 and water as a leaching medium. The low-concentrate lithium hydrogen carbonate solution can be enriched with the help of electrodialysis. If the resulting concentrate is heated, the CO2 escapes and leaves behind lithium carbonate, which is easy to separate”, explains Professor Martin Bertau. “The CO2 is also recirculated and not released to the atmosphere”, adds Gunther Martin, PhD student at the Institute for Technical Chemistry, who has made a significant contribution to the development of the process.

It has now been successfully demonstrated that this process can also be used for old batteries. The spent battery is initially crushed. Then the metals and plastics contained therein are separated from the non-magnetic layering and electrolyte materials, the so-called “black mass”. Besides cobalt, this fraction also contains carbon and lithium, amongst others. Only the cobalt can be recovered from the black mass at this moment in time, while the lithium is lost. The scientists at Freiberg are now using the approach that has proven successful for zinnwaldite by adding CO2 and water as a leaching medium, before the valuable cobalt component is melted out. This way, the lithium contained in the mass is selectively separated and converted into lithium carbonate. It is now available for the production of new lithium batteries.

The process enables a ton of lithium carbonate to be extracted at comparable prices to those currently customary on the world market. Professor Martin Bertau of TU Bergakademie Freiberg is convinced that: “Given the rising world market prices, the development of this process is a decisive step towards reducing the current dependency on imports by relying on primary and secondary resources. Lithium deposits are also few and far between in Germany. The largest ones are found in the Ore Mountains around Zinnwald and the neighbouring Cínovec in Bohemia.” 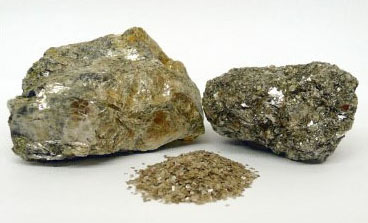