Plants take up carbon dioxide (CO2) from the atmosphere through photosynthesis. Part of it is later released again by respiration. Overall, forests tend to take up more CO2 than they release.

However, their strength to act as such carbon sink fundamentally depends on the forests’ potential to take up CO2 through photosynthesis. This property, called photosynthetic capacity, is highly variable between years and influenced by climate variability. Writing in Nature Ecology and Evolution, researchers now report that in old forests with high species richness the effect of climate variability on photosynthetic capacity is dampened.

The total uptake of carbon dioxide by ecosystems via photosynthesis is the largest flux in the global carbon cycle. The intensity of this “natural CO2 pump” shapes the atmospheric concentrations of the greenhouse gas. However, this key process is influenced by climate variability, which translates into year-to-year variations of CO2 taken up by forests. “Understanding the causes of the year-to-year variations in photosynthetic CO2 uptake improves our understanding of the global carbon cycle and its sensitivity to climate”, says Markus Reichstein, co-author and Director at Max Planck Institute for Biogeochemistry in Jena, Germany.

In a search for environmental factors that determine the amplitude of the year-to-year variability in the photosynthetic capacity of forests, an international research team led by Talie Musavi of the same institute compiled data from 50 globally distributed forests across different climatic regions. The scientists combined a variety of different data sources including ecosystem-atmosphere CO2 fluxes from a global network of measurement sites, climate data, biodiversity information, nutrient availability, forest age, and other properties derived from satellite data, such as forest height and tree cover. The scientists then tried to identify the main factors that buffer the annual variations of photosynthetic capacity.

“The year to year variability is driven by climate but the magnitude of the year to year variability decreases in older and more diverse forests. We conclude that the stability of photosynthetic capacity is mostly controlled by forest age and species richness”, says Talie Musavi. This finding can be read as a scientific call to preserving old forests and their diversity in order to stabilize their functionality.

The study belongs to a series of activities emerging from the European project BACI “Biosphere-Atmosphere Change Index”, an international project funded in the context of EU’s Horizon2020 program. “Our project in particular aims at integrating remote sensing data archives, but also a wide range of biodiversity data, and long-term observations of ecosystem functioning.” explains Miguel Mahecha who coordinates the project at the Max Planck Institute for Biogeochemistry. BACI is developing methods and seeks to foster research into better understanding how our ecosystems interact with the atmosphere. 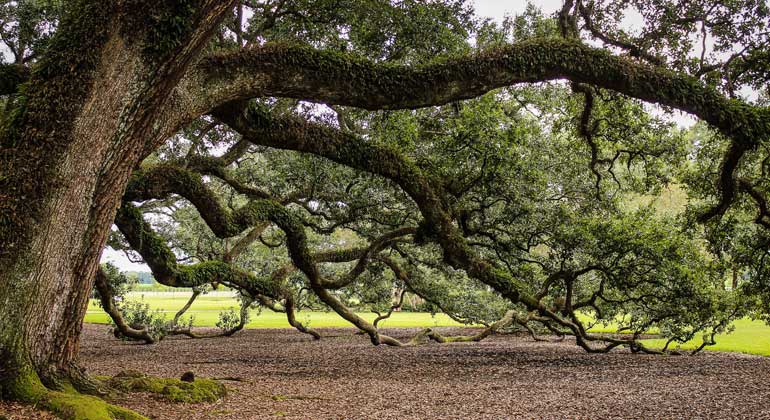