More than 90 per cent of all wetlands, including peat bogs, have disappeared from inland Central and Western Europe since the 20th century.

Peatlands, particularly prevalent in northern Central Europe, were drained for agriculture or to exploit peat for fuel. We now know that peatlands are the most efficient carbon sinks that terrestrial ecosystems have to offer. What’s more, they are also biodiversity hotspots. As a result, peatland restoration plays an important role in protecting the climate and biodiversity. From 21 to 29 October 2018, Dubai hosted the “Conference of the Contracting Parties to the Ramsar Convention on Wetlands (COP13)”. Researchers from IGB accompany the restoration of peatlands – primarily in the northeast of Germany – with their expertise.

A lot of stories emanate from landscapes such as bogs and moors – most of which in a frightening context. Very few people are aware of the important role played by peatlands. “Bogs and moors may sometimes seem rather formidable, but it is their loss – and the serious consequences this has for the environment – that we ought to consider dreadful,” stated Dr. Dominik Zak. The researcher previously undertook research at the Leibniz-Institute of Freshwater Ecology and Inland Fisheries (IGB) in Berlin and now works at Aarhus University, Denmark. Although peatlands account for only three per cent or so of the earth’s land surface, they bind 20 to 30 per cent of the entire carbon stocks of all soils. This figure corresponds to around 40 to 60 per cent of the entire amount of carbon dioxide in the atmosphere. In addition to sequestering large quantities of carbon, peatlands also bind the nutrients phosphorus and nitrogen in the peat. The drainage of peatlands causes water levels to fall and soils that are otherwise oxygen-free to be aerated. “This means that nutrients and greenhouse gases are released,” stated Dominik Zak, explaining the problem.

Throughout the world, around one per cent of all peatlands are lost each year. In Germany, virtually all peatlands have been drained, only around two per cent of the country’s original peat bogs are in a near-natural state. But there are some glimmers of hope – a wide range of activities are being undertaken throughout Europe to revitalise peat bogs. “The Ramsar Convention, a treaty for the protection of wetlands, came into force 43 years ago. Much has been achieved since then,” stated Dr. Jörg Gelbrecht, peatland expert at IGB. “And yet it is not that easy to revitalise wetlands,” Gelbrecht conceded, “because the successful implementation of measures depends to a great extent on achieving consensus among the different stakeholders of nature conservation, water conservation and climate protection as well as land users, whereby the risks involved in rewetting wetlands ought to be assessed.” After decades of drainage, bog soils are often drastically degraded, and have accumulated nutrients and lost topsoil, stated the researcher. For this reason, it often takes deep-drained peatlands several decades to reach a state where they are able once again to resume their original landscape ecological functions.

The rewetting of low moors, which are prevalent in Central Europe, often results in shallow lakes. Such lakes are new, highly dynamic ecosystems that are soon colonised by very rare and highly endangered bird species. However, large quantities of the greenhouse gas methane as well as phosphorus and dissolved organic carbon (DOC) are also often released from the upper peat layers during the first stage, initially achieving the opposite of the desired effects. In extreme cases, this may even pollute adjacent freshwaters. On the basis of extensive field and lab work, IGB researchers have developed a simplified method to assess the risks of the consequences of rewetting peatlands, particularly with regard to the impact on adjacent freshwaters and the release of greenhouse gases. For example, removing topsoil may be a measure that can minimise such risks. In spite of several benefits, however, topsoil removal is not recommended as a universal measure for peatland restoration. Where the urgently required rewetting of peatlands is concerned, therefore, researchers should also be aware of the hydrological situation, the present and future occurrence of species that are typical to peatlands, and strategies concerning potential uses of rewetted peat bogs. It is also crucially important to perform public relations in a bid to secure broad acceptance of such measures within society. 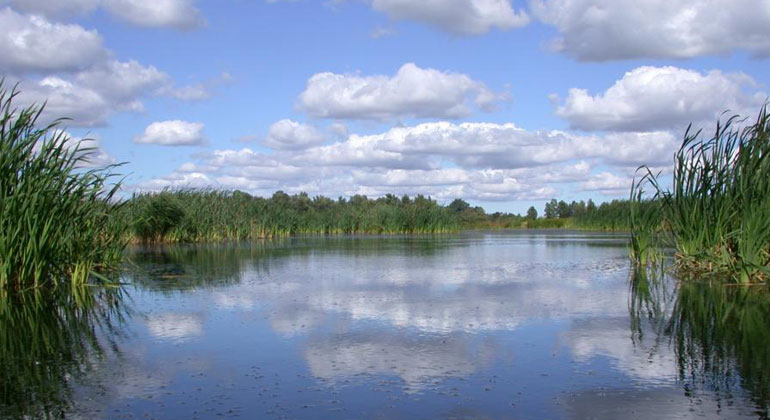 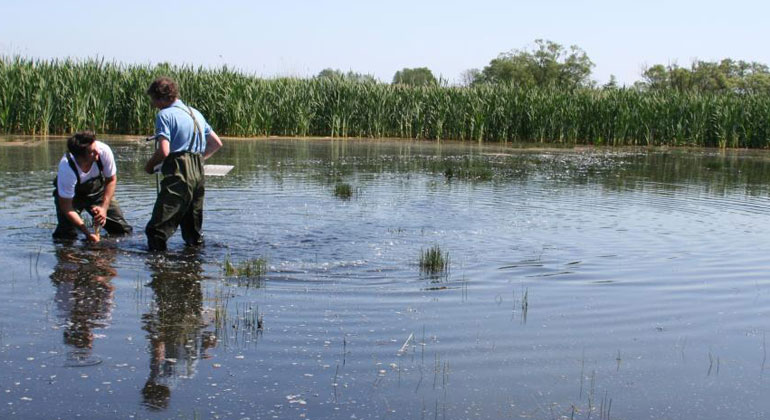