They form the basis of the Arctic food web – and are extremely tough: even when the water becomes more acidic and the available light or temperatures change, various phytoplankton assemblages in the Arctic demonstrate undiminished productivity and biodiversity.

This was the main finding presented in a study by researchers at the Alfred Wegener Institute, which they jointly release with their Canadian colleagues advanced online in the journal Nature Climate Change. Yet the question of whether this source of food for seals, whales and commercially harvested fish species in the Arctic can ultimately cope with global climate change requires further research to answer.

Sometimes constant darkness under metre-thick ice, sometimes sunlight 24 hours a day; sometimes clear and salty seawater, sometimes murky freshwater from rivers; and all this at icy temperatures: phytoplankton living in the coastal waters of the Arctic have to cope with extreme and highly variable environmental conditions. Though these aspects pose serious challenges, in an era characterised by global transformation they can also be advantageous – because they have helped Arctic phytoplankton adapt to variable environmental conditions in the course of their evolution. That is one possible explanation for the fact that some phytoplankton assemblages can more successfully acclimate to global change than their counterparts from regions with more stable environmental conditions, as the first author of the study, biologist Dr Clara Hoppe from the Alfred Wegener Institute, Helmholtz Centre for Polar and Marine Research (AWI), explains.

“We were able to demonstrate that some phytoplankton, the most important primary producers in the Arctic, are extremely robust. For instance, they demonstrate less sensitivity to ocean acidification than what we are used to seeing in assemblages from the Southern Ocean or the temperate latitudes,” says Clara Hoppe. In a range of experiments with naturally occurring phytoplankton assemblages, she varied the temperature, available light and pH value, and measured the phytoplankton’s productivity. Our oceans are becoming more acidic because, due to the combustion of fossil fuels, more carbon dioxide is being released into the atmosphere. CO2 reacts with water to produce carbonic acid and reduces the water’s pH level, which, at the cellular level, can influence organisms’ metabolism, and with it, their productivity.

In nine out of ten experiments, the productivity remained unchanged; only in the experiment with the lowest temperature (1.8 degrees Celsius), increased acidification resulted in significantly decreased productivity; at the other temperatures tested (from 3 to 8 degrees Celsius), ocean acidification produced no measurable effects during the one to three week lasting experiments. As the authors conclude, “Phytoplankton are apparently capable of tolerating the higher proton levels that underlie sinking pH values, provided the temperature doesn’t drop below a certain threshold.”

The team attributes the general ability of phytoplankton from coastal regions to remain productive despite highly variable environmental conditions to a number of different mechanisms. Firstly, the individual phytoplankton seem capable of acclimating to a diverse range of conditions in a flexible way, as the AWI team was able to demonstrate in further laboratory experiments. Secondly, many diatom species produce spores, which can survive for several years on the ocean floor. If the environmental conditions are advantageous for certain spores, they hatch and subsequently initiate phytoplankton blooms. As such, there is a “seed bank” which provides a high degree of inter- and intraspecific diversity, which allows those species and strain that are suited best for many combinations of environmental conditions to come up and thrive.

“Primary production in the Arctic is an essential ecosystem service, which the increasingly commercially important fishing grounds will also depend on. In our lab experiments, we were able to demonstrate that these producers are surprisingly resistant in terms of the ocean acidification levels we expect to see by the end of the century – and that’s good news!”, states AWI biologist Clara Hoppe. Nevertheless it is important to understand the limits and costs of this resistance, to which the study has made a valuable contribution. Whether the outcomes can also be used to draw conclusions regarding the complex food web in nature is something that only further research can tell us. 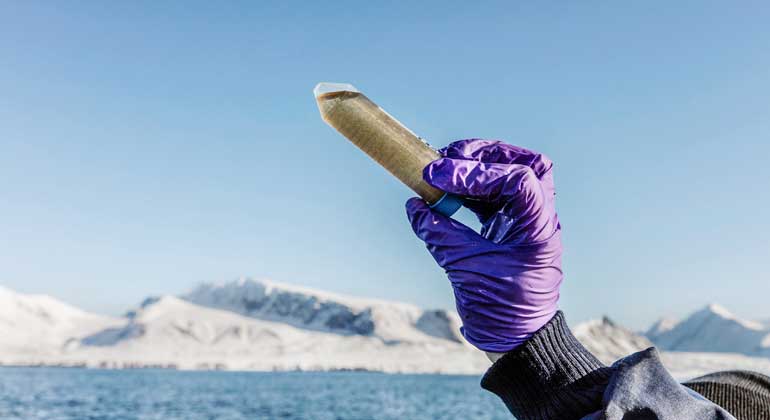 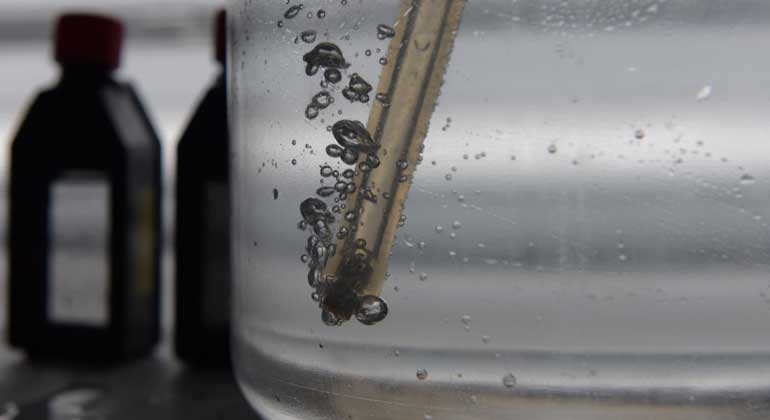