Price peaks of wheat on the world market are mainly caused by production shocks such as induced for example by droughts, researchers found. These shocks get exacerbated by low storage levels as well as protective trade policies, the analysis of global data deriving from the US Department of Agriculture shows. In contrast to widespread assumptions, neither speculation across stock or commodity markets nor land-use for biofuel production were decisive for annual wheat price changes in the past four decades. This finding allows for better risk assessment. Soaring global crop prices in some years can contribute to local food crises, and climate change from burning fossil fuels and emitting greenhouse gases is increasing weather variability.

“Food security to a large extent is a matter of prices, hence our interest in understanding what drives variations from one year to another,” says lead-author Jacob Schewe from the Potsdam Institute for Climate Impact Research (PIK).

When global wheat prices, along with those of other staple crops, skyrocketed in 2007/08 and again in 2010/11, poor people in many developing countries suffered from that – these temporary price rises have even been linked to food riots in several countries. “These recent peaks, as others, have been preceded by severe droughts that reduced crop production. Now we can show that such weather-induced shocks have the potential to induce strong price increases,“ says Schewe “Moreover, they can trigger protective trade policy responses, including hoarding or export bans, which further exacerbate the global effects of production shortfalls even though they may seem rational from a country’s point of view. This happened during the recent price peaks.”

“While cross-market speculation might further exacerbate the problem on monthly or shorter time-scales, the data indicate that in the end it was a minor factor for annual prices,“ adds co-author Christian Otto. This is despite the fact that the sudden price increase in 2007/08 coincides with speculation by index funds driven out of the collapsing US housing and stock markets.

The researchers developed and applied a rather simple computer simulation of wheat markets. By comparing the results to observation data from past years, the scientists checked that the computer simulations fit reality. Importantly, the factor of supply and demand from storage – also based on existing data from markets – is integrated in these calculations. The simulation model could be applied for assessments of future wheat price fluctuations under climate and land use changes.

“The good news: Our study helps to understand what can be done if we want to limit food price peaks in the future,” says Katja Frieler, co-author of the study and vice-chair of PIK’s research domain Climate Impacts and Vulnerabilities. “First, besides improving productivity experts can seek to carefully adjust trade policies as well as storage capacities. Second, stabilizing the climate by reducing greenhouse gas emissions is key if we want to limit the risks of weather extremes across the globe.” 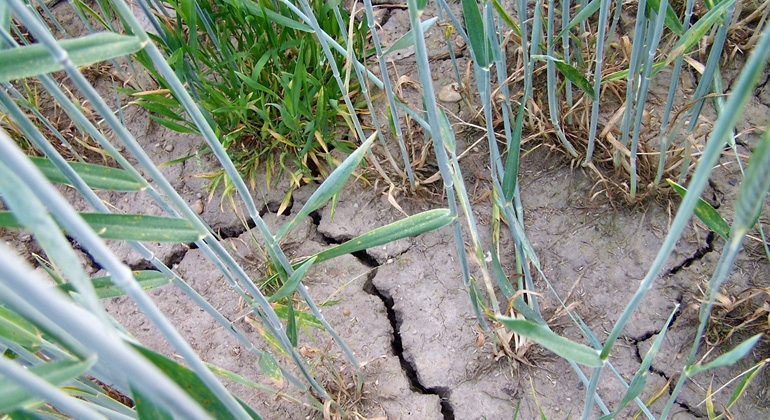