Currently, the European Union (EU) is under much stress. However, where there is failure there may also be success. We therefore asked Professor Udo E. Simonis to review a recently published book on the history and the possible future of EU environmental policy.

At a time when many Europeans and Non-Europeans are focused on the EU’s future, this book provides a significant contribution to that debate. Created for reasons other than the deterioration of the natural environment, the EU was given a new justification by the very success of its environmental policy. Both numerous environmental damages and the concept of sustainable development were pushing EU environmental policy to the forefront of the EU’s agenda. And Nigel Haigh eloquently traces the evolution of this policy from sideline to centre stage.

Drawing on a number of former articles and current lectures, he shows how the EU not only adapted itself to new environmental challenges and insights, but also contributed to address and solve problems that individual Member States could never have dealt with on their own. The book encompasses the whole historic period of EU environmental policy, and at the same time presents strategic ideas on the future role of the EU in environmental matters.

Chapter 1 addresses the fact that different people see EU environmental policy quite differently. For this reason, a longer introduction is given to how EU policy matured over time. This makes interesting reading about the very beginnings in the early 1970s, the treaties which incorporated the environmental issue (Maastricht 1993; Amsterdam 1999; Lisbon 2009; Europe 2020), the various Environmental Action Programmes and their target sectors, the establishment of the European Environment Agency (EEA), and the Eurobarometer, the strategies chosen, as well as various real world events that shifted prevailing opinions in favour of a strict environmental policy.

The symbolic event that marked the beginning of the transition from obscurity to centrality, according to Haigh, was the “Single European Act” that came into force in 1987. Supported by the increased environmental awareness of the population, that treaty made it clear that many, if not most environmental problems cannot be handled by individual countries acting alone. Acid rain, depletion of the ozone layer, and climate change especially, drew a response that moved EU environmental policy onto a higher plane. A large part of the general public and governmental as well as non-governmental organizations found that the EU should have a strong environmental policy, and the 1989 elections for the European Parliament brought remarkable success to the Green Parties. The European Union in this way got a compelling new justification.

Consequently, three levels of EU policy developed: (a) treaties that gave authority to pursue certain policies, (b) strategies and action programmes that set out the intentions of policy, and (c) individual measures, mostly directives, by which those intentions were sought to be achieved. However, environmental policy reaches centre stage only, Haigh emphasizes, when it is embodied at the third level, and, most importantly, is put into practice by the Member States.

Chapter 2 of the book provides the history of how the EU acquired the competence to enter into agreements on environmental matters with countries outside the EU, which enabled it to play a leading role in dealing with global environmental problems, climate change in particular. The EU environmental policy thus is neither ‘home affairs’ nor ‘foreign affairs’, but has some characteristics of both. Nigel Haigh is pleased to have written that chapter, but also proud about the role he himself played in that field.

Chapters 4 to 14 deal with different aspects of practical EU environmental policy, on product standards, environmental quality standards, restrictions on production, etc. Chapter 4 is on air pollution and acid rain, the big issues in the early stages. Here, two strategic views were in conflict with each other: the dictum of Paracelsus that ‘there are no poisons, only poisonous concentrations’, and the other, modern dictum, that ‘dilution is no solution to pollution’. As a result of the acid rain phenomenon in Northern Europe, the latter acquired considerable force as a political slogan, less however as a political strategy. It often was reduced to: ‘try to emit as little as possible’, or to ‘use the best technology to prevent harmful emissions’. A heroic attempt however was made in Germany to give greater precision to the dictum under the name ‘Vorsorgeprinzip’ – the principle of foresight.

Chapters 5 to 7 of the book deal with water, wastes, and with chemicals, including the REACH programme which places responsibility on manufacturers and downstream users to provide useful information about thousands of chemicals (more than 30.000) on the market – and thus will be a truly long-lasting programme.

Integration of sectoral policies is addressed in Chapter 8, climate change in Chapter 9; and the role of science is debated in Chapter 10. Is volume control for sustainability better than quality control? This is the controversy addressed in Chapter 11. No doubt, the concept of volume control is essential for the operation of emission trading schemes (e. g. in climate policy), if used and managed properly. How to best allocate the tasks of environmental policy in a multi-level policy-framework like the European Union? To answer this question, the role of subsidiarity is thoroughly treated in Chapter 12.

Chapter 13 then focusses on the role of the precautionary principle in EU environmental policy. To adhere or not to adhere to that principle is a major point of debate in the current negotiations of TTIP, the envisaged new trade agreement between the US and Europe. It is not only in this heavily debated field of trade relations that numerous observers now look to the EU to see how it tackles certain problems. And so, Haighs final topic in Chapter 14 is how to make legislation work. This is a rather voluminous text, and a very personal and readable one at the same time. But it’s not the last one.

Chapter 15, the final chapter of the book on retaining centre stage was written by David Baldock, the successor of Nigel Haigh as Director of the Institute for European Environmental Policy (IIEP). His first sentence goes like this: ”Environmental policy in Europe has not stopped evolving and is most unlikely to do so, notwithstanding suggestions that it is now ‘mature’” (p. 180). Enlargement and its aftermath, the rising climate agenda, wider environmental policy are the major topics. In the conclusions it is admitted that policy gaps still remain, but some will be addressed and new issues will arise. The process of ‘greening’ key areas of EU policy is far from complete, he says, and names the common fisheries, the transport and energy sectors. “The current environmental policy is not above scrutiny and improvement, and a measured process of review is appropriate” (p.195). This description of the present situation and the future perspectives of the EU environmental policy should be very much in line with Haighs perception.

And that makes the reviewer conclude: The book by Nigel Haigh is a must-read. It is full of constructive learning effects and thoughtful positioning of arguments, making EU environmental policy a model to be carefully studied worldwide. 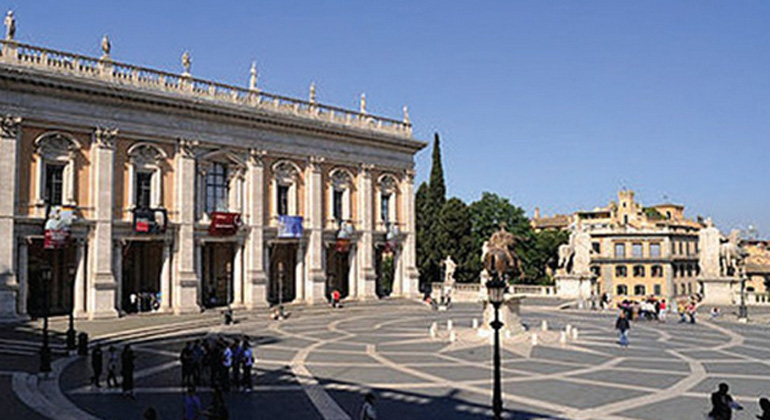