What can prosperity possibly mean in a world of environmental and social limits?

The publication of Prosperity without Growth was a landmark in the sustainability debate. Tim Jackson s piercing challenge to conventional economics openly questioned the most highly prized goal of politicians and economists alike: the continued pursuit of exponential economic growth. Its findings provoked controversy, inspired debate and led to a new wave of research building on its arguments and conclusions.

This substantially revised and re-written edition updates those arguments and considerably expands upon them. Jackson demonstrates that building a post-growth economy is a precise, definable and meaningful task. Starting from clear first principles, he sets out the dimensions of that task: the nature of enterprise; the quality of our working lives; the structure of investment; and the role of the money supply. He shows how the economy of tomorrow may be transformed in ways that protect employment, facilitate social investment, reduce inequality and deliver both ecological and financial stability.

Seven years after it was first published, Prosperity without Growth is no longer a radical narrative whispered by a marginal fringe, but an essential vision of social progress in a post-crisis world. Fulfilling that vision is simply the most urgent task of our times. 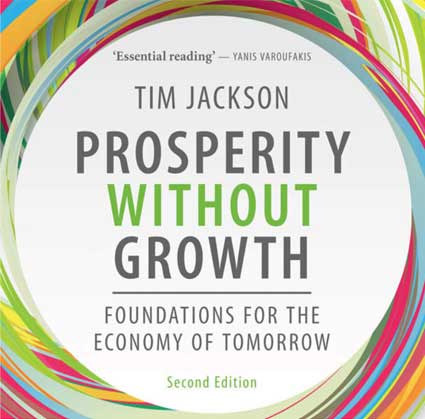