Twenty years ago Ulrich Beck published Risk Society, a book that called our attention to the dangers of environmental catastrophes and changed the way we think about contemporary societies.

During the last two decades, the dangers highlighted by Beck have taken on new forms and assumed ever greater significance. Terrorism has shifted to a global arena, financial crises have produced worldwide consequences that are difficult to control and politicians have been forced to accept that climate change is not idle speculation. In short, we have come to see that today we live in a world at risk.

A new feature of our world risk society is that risk is produced for political gain. This political use of risk means that fear creeps into modern life. A need for security encroaches on our liberty and our view of equality.

However, Beck is anything but an alarmist and believes that the anticipation of catastrophe can fundamentally change global politics. We have the opportunity today to reconfigure power in terms of what Beck calls a ‘cosmopolitan material politics’.

World at Risk is a timely and far-reaching analysis of the structural dynamics of the modern world, the global nature of risk and the future of global politics by one of the most original and exciting social thinkers writing today. Ulrich Beck is Professor of Sociology at the University of Munich.

Reviews
“A fascinating examination of the risk society of the twenty-first century. Ulrich Beck details the new world order where terrorism and global climate change haunt our lives and engender some powerful new risks and new modes of politics. This book importantly draws together many of Beck’s themes for examining the main lineaments of the new World at Risk.” John Urry, University of Lancaster

“Beck deploys the concept of risk as a sharply focused flashlight that allows him to see what is typically obscured by dominant notions and explanations. This becomes a process of discovery, rare in the social sciences today, concerned as they are with proof. He brilliantly conceptualizes these discoveries in terms of categories not usually used in risk analysis, such as cosmopolitanism. A must-read book.”Saskia Sassen, Columbia University

Risk Society: Towards a New Modernity
This panoramic analysis of the condition of Western societies has been hailed as a classic. This first English edition has taken its place as a core text of contemporary sociology alongside earlier typifications of society as postindustrial and current debates about the social dimensions of the postmodern. Underpinning the analysis is the notion of the `risk society’. The changing nature of society’s relation to production and distribution is related to the environmental impact as a totalizing, globalizing economy based on scientific and technical knowledge becomes more central to social organization and social conflict. 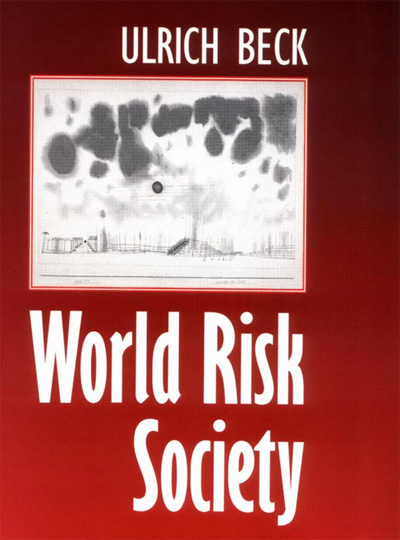