The Dalai Lama – Scientist is a revelation, both immersive and transcendent, a documentary that brings to the forefront a presence of The Dalai Lama seldom, if ever, captured on the big screen before.” — Richard Propes, The Independent Critic

Containing extensive, rare and never-before-seen footage, “The Dalai Lama – Scientist” tells the incredible story of the Dalai Lama that no one knows, and of the Dalai Lama’s lifelong journey from the world of Buddhism into the world of modern science. “For more than 30 years, I have spent much time with these Western Scientists,” the Dalai Lama says. “When I think about myself now, sometimes I think I am only one-half Buddhist monk — the other-half Scientist.”

Unlike many religious leaders, The Dalai Lama has always had a fascination with the nonsecular, experimental, and empirical pursuit of knowledge known as science. When he was young he enjoyed taking apart mechanical toys and putting them back together. Had he not been chosen at a young age to be the 14th Dalai Lama of Tibet, he says he would probably have become an engineer or electrician. His passion for science never abated. Starting in 1987, he began conferring regularly with the world’s greatest scientists, including psychologist Paul Ekman, mathematician and geneticist Eric Lander, neuroscientist Christof Koch, astrophysicist George Greenstein, professor of psychology and psychiatry Richard J. Davidson, and the neuroscientist Francisco Varela. They questioned the origins of our universe, whether or not multiple universes exist, the complexities of our consciousness, and the nature of humanity.

The film breaks these scientific dialogues into five major areas of inquiry: cosmology; quantum physics; cognitive science; neuroscience; molecular biology and genetics. It provides a lucid summary of the more challenging philosophical tenets of Tibetan Buddhism and the knottier concepts of modern science. A recurrent theme is the need to be openminded; repeatedly the Dalai Lama rejects dogmatism and insists that all ideas and beliefs must be challenged in the search for truth.

In honor of the 85th birthday of His Holiness the Dalai Lama, and in recognition of his outstanding contributions to fostering dialogue and collaboration between western science and Buddhist science for the benefit of humanity, the award-winning film, “The Dalai Lama — Scientist” will be offered free for the world to view from July 6th to July 14th, 2020.

The film has been released to great acclaim, winning more than fifty awards from film festivals located around the world. This link will go live on July 6th, making it possible for all of humanity to watch the film for free in honor of the Dalai Lama’s 85th birthday. 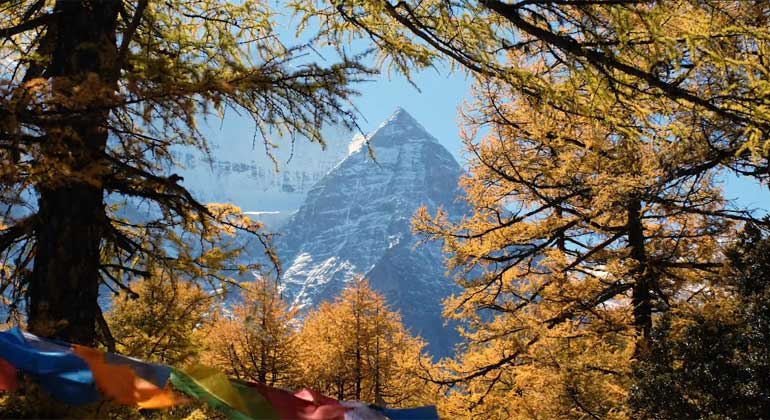