A thinning of small areas of floating ice at Antarctica’s coast can accelerate the movement of ice grounded on rocks hundreds of kilometers away, a new study shows.

It is known that the ice shelves surrounding the continent regulate the ice flow from the land into the ocean. So far it was assumed that the ice flow is most vulnerable to melting at the base near the grounding line where the ice flows from land into the sea and becomes afloat. Now scientists found that also melting near the fringes and in the midst of the ice shelves can have direct effects reaching very far inland. This could increase ice loss and hence sea-level rise.

“Destabilizing the floating ice in some areas sends a signal as far as 900 kilometers across the largest ice shelf in Antarctica, which is in itself larger than Germany,” says lead-author Ronja Reese from the Potsdam Institute for Climate Impact Research (PIK). “It does so with an amazing speed, similar to the speed with which shocks from an earthquake travel.” Observations show that the floating ice surrounding Antarctica – called ice shelves – is thinning, hence the interest in calculating the consequences for the huge ice masses on land. The scientists ran computer simulations of the ice flows to investigate this possible impact of global warming, caused by greenhouse gases from burning coal and oil.

“While the air above most of Antarctica is constantly below the freezing point, the main risk for ice stability comes from the depths of the surrounding sea,” explains co-author Ricarda Winkelmann from PIK, Reese’s advisor. “Warmer water offshore that accesses cavities beneath the ice shelves can thin the floating ice. Because this ice is already in the water, melting does not add to sea-level rise. “However, the ice shelves are of huge importance because they buttress the ice flow from the grounded ice into the ocean. Changes in the ice shelves can have a huge impact on the stress balance at the grounding line of the continental ice masses. This process is actually the main reason for the currently observed sea-level contribution of Antarctica.”

“This is the first time the impact of thinning of ice shelves around Antarctica is quantified in a systematic manner,” says co-author Hilmar Gudmundsson from the British Antarctic Survey in Cambridge, UK. “We had thought that the impact might be significant, now we know that it is.”

The scientists were able to identify the areas of floating ice that can trigger the strongest response. They found that those regions of floating ice that turn out to be key for inland ice flow acceleration are located not only near the grounding lines of ice streams and ice rises, but also well at the fringes of some ice shelves – often at those parts that are closest to Antarctica’s surrounding waters which are warmer and hence more at risk. In the southernmost seas of Earth, some of the lower layers of the ocean can be warmer than the upper layers that are closer to the cold air above them.

“While our approach is purely diagnostic and cannot be directly translated into a forecast of ice-mass loss, it shows the risks we run in Antarctica if we do not limit heating up our planet,” says co-author Anders Levermann from PIK and Columbia University’s LDEO, New York. “We mapped the most critical regions of the floating ice which can induce a strong response of the grounded ice to even slight changes in ice thickness. This calls for more targeted monitoring of changes in ice thickness or in ocean temperature below these areas. And it can serve as a warning to all of us that what has been called eternal ice might not be so eternal after all. Yet on the other hand, this also means that limiting global warming is necessary to stabilize the Antarctic ice masses, avoid many meters of additional sea-level rise and hence protect cities like New York, Hamburg, Mumbai, and Shanghai.” 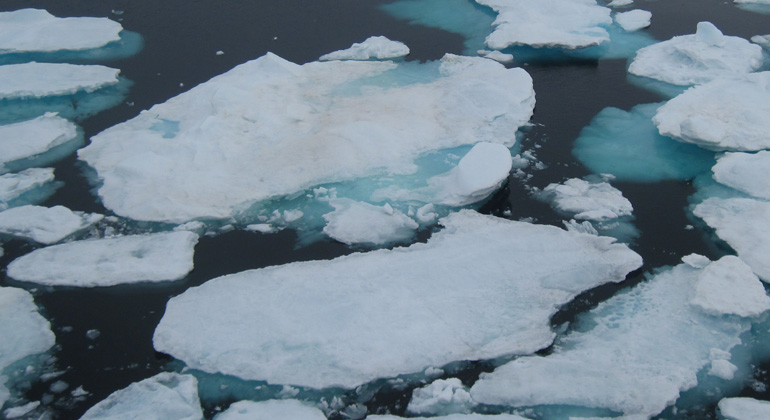 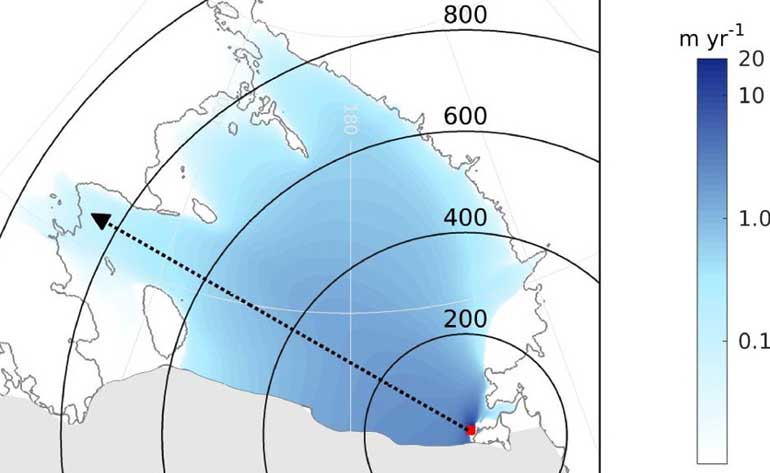