Forest disturbance caused by human activities threatens the pollination and seed dispersal of trees around the world.

Impacted by land-use change, logging and hunting – only few natural forests remain worldwide. Human impacts not only threaten today’s forests, but also those of tomorrow. According to the first global meta-analysis conducted by scientists from Senckenberg and Goethe University Frankfurt and published today in Nature’s open access journal “Scientific Reports”, pollination and seed dispersal are the most sensitive processes in forest regeneration. This could be due to the global decline of insects, birds and mammals that are involved in these processes. To ensure global forest can regenerate in the future, it is vital that these animals are conserved.

Human disturbance negatively affects the pollination and seed dispersal of forest trees – an effect that can be observed in both tropical and temperate forests. This is the key result of a synthesis of 408 studies from 34 countries around the globe. In the long term, less pollination and seed dispersal is likely to reduce the ability of forests to natural regenerate.

The researchers investigated all processes in the plant regeneration cycle and specifically asked how much they are each affected by humans. To assess the effects of humans, they compared near-natural forests with those exposed to intensive human disturbance. The regeneration cycle of plants includes processes that are beneficial to plants, such as pollination, seed dispersal and the recruitment of seedlings, as well as detrimental processes, such as seed predation and herbivory. “We are the first to examine all important ecological processes of forest regeneration in a global meta-analysis of existing case studies,” explains Dr. Eike Lena Neuschulz, the lead author of the study from the Senckenberg Biodiversity and Climate Research Center.

In the early stages of plant regeneration, plants benefit from the interaction with animals: bees pollinate flowers and maintain gene flow among plant populations, while birds disperse seeds that can establish as seedlings at new locations. However, land use changes, hunting and overexploitation of forests threaten these animals, and thereby also their contribution toward forest regeneration. In contrast, the later processes of plant regeneration such as seed predation, recruitment and herbivory, were found to be less consistently affected by humans. Selective logging, for example, can increase the amount of light reaching the forest floor, but can also dry out the soil, which may facilitate the recruitment of some plants or inhibit that of others.

According to the research team, the species who are most affected by disturbance are large-seeded trees, whose dispersal depends on large and often endangered animals. “Our study shows that human disturbance negatively affects the early steps of the plant regeneration cycle, while the effects on the later regeneration processes vary greatly,” concludes Neuschulz, and she adds, “Our findings suggest that conservation efforts should prioritize the protection of animal pollinators and seed dispersers to maintain the regeneration potential of forest ecosystems in the future.” 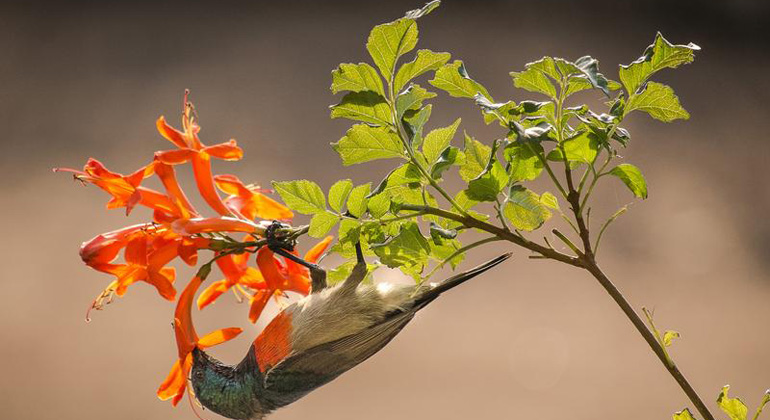