Dam construction and climate change influence the natural water cycles of the streams in the Lower Mekong Basin. This causes a domino effect with dramatic consequences on the unique ecosystem of Lake Tonle Sap.

The environmental foundation Global Nature Fund (GNF) nominates the Lake Tonle Sap in Cambodia as the “Threatened Lake of the Year 2016”. On the occasion of World Day of Wetlands on 2nd February, the GNF refers here to the changes that lie ahead for the lake because of climate change and human impact. Together with the local Living Lakes partner organisation Fisheries Action Coalition Team (FACT), GNF calls for sustainable measures to preserve this important habitat.

For centuries, people at Lake Tonle Sap live in accordance with and profit from the rhythm of the annually recurrent flooding cycles. During the rainy season from July to October sediments, fish and large quantities of water are washed into the lake via the Tonle Sap River, which connects Lake Tonle Sap to the Mekong River. Thereby the surface of the lake increases to 16,000 square kilometres. From November to June, during the dry season, large amounts of water flow back into the Mekong River through the Tonle Sap River. Then the lake surface decreases to an area of 2,500 square kilometres. During this period the flooded areas around the shrinking lake are used for rice cultivation.

Changes in the Lower Mekong Basin

Growing populations in Asia lead to growing land use along the Lower Mekong River. Due to the increasing demand for food, housing space and energy large areas of primary tropical forests are still being cleared in order to provide farmland and firewood. With the destruction of these forests, many species lose their precious habitat. Tonle Sap Lake and the Tonle Sap River offer extremely rich and important fish grounds – the Lower Mekong Basin is the world’s largest region for freshwater fishery. Fish is the main source of protein for the more than 60 million people living in the Lower Mekong Region.

Interventions on the Mekong

With a length of 4,500 kilometres the Mekong is the longest river in Southeast Asia. From its source in China it flows through Myanmar, Thailand, Laos and Cambodia. In Vietnam its delta empties into the South China Sea. In addition to its richness in fish, the Mekong has a significant importance for today’s energy supply. Dams at the Mekong River and its tributaries not only change the migration of fish, but also the water quantities that flow in the rainy and dry seasons in the rivers and water bodies connected with the Mekong River.

For experts, the Lower Mekong Basin is one of the world most affected areas by climate change. In recent years, the water volume continuously declined with negative impacts on fish migration and the import of sediments. In some places in the Tonle Sap Lake, the water level dropped more and more in the dry season and wetlands dried up permanently. Beyond that, illegal fishing methods, like poison, explosives and small-meshed nets are often used.

Already in 2012, the Global Nature Fund implemented together with FACT a project with the involvement of local population in order to establish both – sustainable fishing practices and eco-tourism. Savath Om, CEO of FACT, sees in both subjects the greatest potential for sustainable development and long-term security of the livelihoods of local people. Together with other organisations, FACT campaigns for the fishermen and their families, their interests and rights.

Background information
Tonle Sap Lake is the largest freshwater lake in Southeast Asia. Since 2010, FACT represents the lake in the international network Living Lakes, which is coordinated by GNF.
Further information and an interview with Savath Om (FACT): www.globalnature.org/ThreatenedLake2016 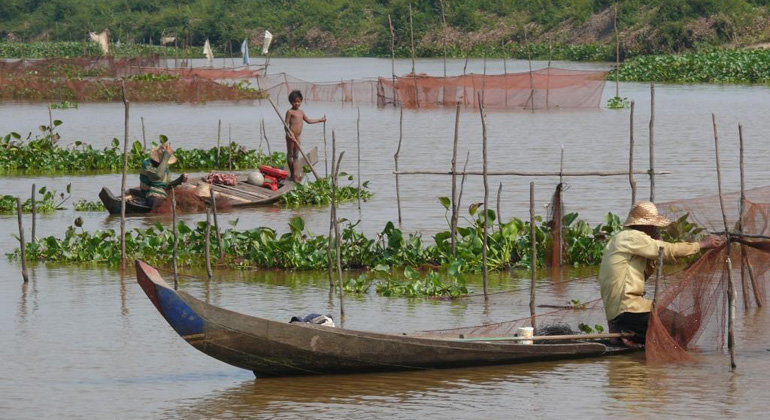 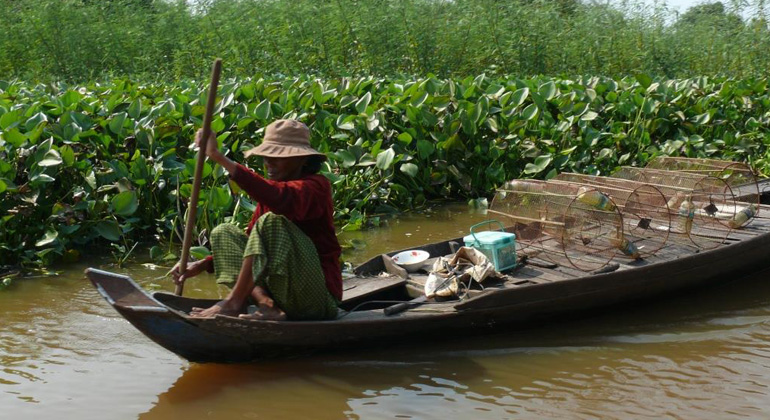 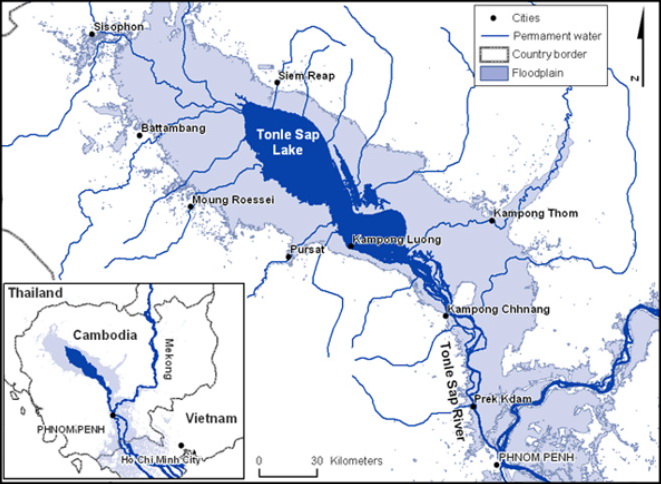